Music has always been a huge part of my life. I come from a musical family and started taking piano lessons in first grade, but my husband was the one who opened my eyes to a whole new side of music. Whenever driving in the car, Jeff and I would always listen to a wide variety of songs and after a while, I realized that while I was listening to the notes and rhythms, he was listening to the words and would often tell me to listen to the messages they were giving. Since his death, I have taken this advice to heart and have found inspiration in so many amazing songs, and sometimes I even feel like these songs are little winks from him. 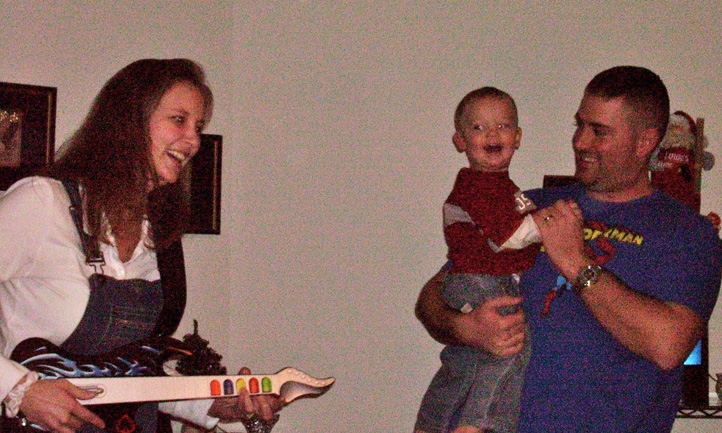 I recently heard the song “What We Ain’t Got” by Jake Owen and it immediately struck me. As I listened to it a few more times, I found myself with tears in my eyes thinking of how this song mirrored some incredible aspects of my grief. The message of the song is how some people want nicer cars or bigger houses, while others wish for people and in this case, a woman that was previously in his life. Here are a few lines from the song that truly had the most impact on me.

“All I want is what I had…I would trade it all to get her back.” I would give anything to have Jeff back and my boys’ father back in their lives. More than anything, I want the life that I had. Yes we have a nice house and I drive a nice car, but I would give it all and take back the credit card debt, the living paycheck to paycheck, and even those little things he did that always made me so crazy. It doesn’t matter, I would do it all in a heartbeat just to have him here.

“Good-bye is such a painful word…we all wish it didn’t hurt.” The hardest thing I have ever had to do is say good-bye to my husband and watch my kids hurt because they can’t give him a hug or tell him how much they love him. However, as our friend Darcie Sims used to say, “Grief is the price we pay for love.” I wish missing him didn’t have to hurt so badly, but it hurts because I love him and that makes it all worth it.

“I wanted the world until my whole world stopped…you know a love like that ain’t easily forgot.” We had a lot of big plans and even bigger dreams for our lives together, but all of that quickly came to a screeching halt. When his plane crashed, so did my world. My life was changed forever and eventually I had to find a way to make a new world in which he wasn’t physically a part of. It has taken a long time and a lot of work, but I’m getting there. We are getting there - my boys are my world and we are making it together. Jeff continues to be a part of our lives because as the song says, a love like that isn’t easily forgotten. However, the beautiful thing about it is, it doesn’t have to be forgotten. I have learned that I can be content in the present, all while missing him and missing what we had. It still hurts, but then I just remind myself again that it hurts because “Grief is the price we pay for love.”