Until 9/11, I lived a shroud of naïve ignorance believing that terrorism was something that would never touch my country or my life.  Terrorism was something that happened to other people in far off lands. I had lived in Europe for eight years at that point and while there were threats, I never really considered myself to be in danger.  Phil deployed numerous times all over the world and I had long ago stopped worrying about his safety. I held the smug assurance of confidence in the uniform and in the borders of our country. Never had I been so wrong. Terrorism has taken a lot from me.  It brought fear into my life starting on 9/11. 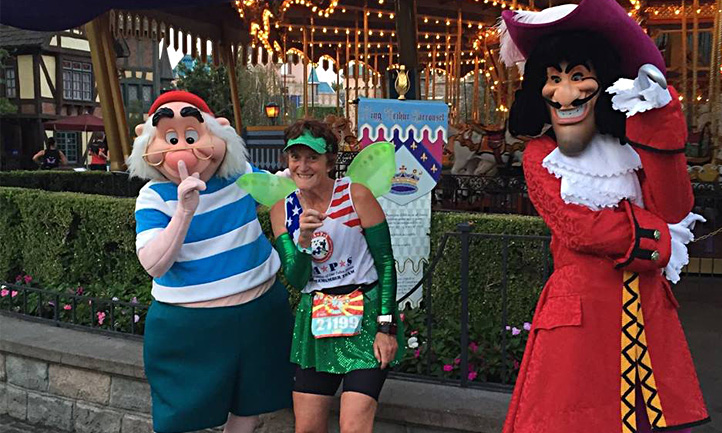 I was in Ohio for an Air Force training on 9/11.  During a routine bathroom break, I noticed many people gathered around a small television.  I made a joke and as the people stared back at me mute, I could barely comprehend the images playing out on the screen in front of me.  A plane was crashing into the first tower.  As I stood trying to comprehend what was happening, the second plane hit.  As the day wore on, I watched in disbelief at the devastation to our country.  The numbers of people lost or impacted by the events of that day were beyond staggering.

I was far from my family in Utah where we were stationed.  They were hunkered down at home while the nation sorted out our country.  When I was finally allowed to fly, it was in a quiet  and mostly vigilant plane. Fear etched the wary faces whenever anyone got up to use the restroom.  The flight attendants fear matched those of us forced to fly.  It was many flights later when I began to relax and to feel that we had somehow figured out how to thwart the unthinkable evil of that day.  I was wrong again

Terrorism took my dreams and my future when a man pretending to be a friend and an ally--someone my Phil should have been able to trust--assassinated him. This terrorist had eaten with my Phil and shared family stories with my Phil, yet he looked at him and shot him time and time again.  Phil was not in a combatant role. He was in a trainer/advisor role.  He was in Afghanistan helping their government set up their infrastructure so they would not have to live under a cloud of fear and repression.  Phil volunteered for this role truly believing through education and empathy he could change people's bend towards harming others who do not follow the same ideologies.  He was in a role that should have been safe.  He was working with people who wore a friendly uniform and yet a man who had stood against the Taliban for more than 25 years chose to become a terrorist assassin.

Beyond the devastation and the broken heart, I began to feel fear in a whole new way.  I had problems trusting people and more than that, I no longer trusted my own perceptions.  I cowered afraid and unsure, but I knew I could not give up living because in the choice to live and stand up to my fears, I know I have a moral victory over terrorists.  Phil's assassin would have had a double victory if I stayed inert or afraid, thus I pressed on.

I had been invited to run the Boston Marathon to honor my Phil and his sacrifice for our country.  I was running steady, sure, and happy to the finish line.  It was a magical day and a perfect place to be remembering Phil two years after his death.  I had finished 26.1 miles.  I could see the finish line and I was one stop light away from a physical and moral victory when the first boom hit.  While I was processing what that boom might mean, the second boom hit.  All hell broke loose around me.  Like those around me, I fled for my life.  I did not know where to go to be safe.  I did not know what was happening, but I did know something terrible was playing out.

I don't know how I got there, but I got to a Dunkin' Donuts store away from the finish line.  I stood in shell shock shaking fear.  I do not know for how long, but that day has changed me.  I no longer live in my rose colored glasses.  I recognize the brevity of life and I recognize the need to continue to live my life as a testimony to the resiliency of the human spirit.  Terrorism is not taking anything else from me.  While they can destroy my body, they cannot have my spirit or my words.  I am not living in fear, nor am I giving these monsters real estate in my heart.  As hard as it is, I am taking back my finish line one faltering step at a time.

How am I doing that?  I no longer wait in the shadows.  I live my values.  People matter to me.  While they have always mattered to me, often they were second to the job, to what I thought I had to do, to my fatigue, etc.  No longer.  I step forward trusting I will be given enough to do what I need to do as I press forward time and time again speaking of loss, bouncing back, faith, and more than that HOPE in times of darkness. Darkness seems never ending, but even in the darkest places the eye can find the smallest of lights.  I seek to be that beacon or that harbor because it anchors me and gives me that moral victory over the fear that terrorism brought into my life.  I seek to forgive some pretty big things because I have recognized by holding anger and resentment, I have given the terrorists real estate in my heart.  I do not want them to occupy any more of my thoughts.  I want my actions to be my retribution.

Is it easy? Some days are hard fought for.  I am lonely and I am certainly not living the life I thought I would be leading, but it is about taking back my finish line.  A marathon is 26.2 miles long.  I never think that I have any race in the bag.  I am going to want to quit.  The 26.2 miles seems too long to push through.  I know that the miles are going to hurt and that it is going to hurt my body more tomorrow and the next day, yet I also know that if I look only at the step in front of me I will get to the finish line.  Life is like that.  If I breathe through the hard times and the fear, I will get to the finish line one second at a time, one minute at a time, one hour, one mile at a time, one marathon at a time.  It is going to hurt and I am going to want to quit, but I continue on because I simply cannot let terrorism have any more.