This beautiful mountain scene is one chosen while I listened to the uplifting songs which survivors sent in answer to last week's question. My favorite is "The Dance" by Garth Brooks. It speaks to those who had a loved one leave. It emphasizes it is better not to know what will happen and enjoy the life shared. This is the message TAPS brings when talking about celebrating the lives of our loved ones. I hope you enjoy listening to the songs sent in this week as much as I did. Thanks so much to  those who contributed to this message as well as those who read it. 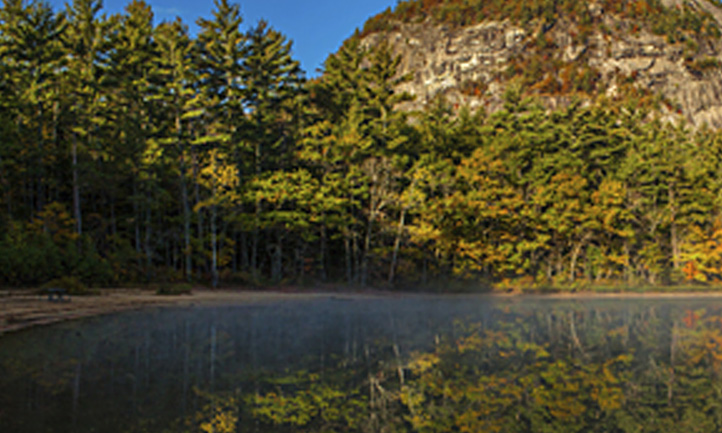 I included Claire's thoughts about this song as well as the beautiful version of it on YouTube she found.

From Claire, in tribute to her father, William, and lost loved ones: This song focuses on celebrating the quality of time and moments you share with your friends and family and not the quantity of that time even the briefness of it. There is so much to appreciate and cherish. The sweetness of life is worth enduring the sorrows.

TAPS has many ways to reach out to survivors. For next week, let's discuss: What is the thing you like best about TAPS? I look forward to hearing your thoughts.

I invite you to respond to this week's question or share a topic you would like to ask the group by sending a message to carol.lane@taps.org.  I would love to hear from you anytime about anything. Sometimes writing to someone can be helpful.

From Annie, mother of Michael: "The Few, the Proud, with Wings" is one of my favorite songs. It was written by a Marine Carl Jones and was dedicated in memory of my son Michael and his friends who were killed with him on the Osprey helicopter.

From Pat, father of Kelly: There are two songs that have a meaning to us. Kelly was a musician and a songwriter. He played the guitar. The first song that he played was "Knocking on Heaven's Door". He always played this song to his mother and now when we hear it we both look at each other and know he is thinking about us as we are always thinking about our son and our hero. The other song is "American Soldier". The words to this song reflect the reason Kelly went into the Army.  We actually had this song played at his funeral.

From Merry, mother of Wesley:  I've begun to include a local station in my daily routine.  I would say they play songs from 1900 to 1965 or so.  Music has been a very integral part of my life.  I've begun to sing again and it really helps get me through my work hours at my sewing machine or driving on errands.  I seem to know quite a few of the songs and can sing along. My mother had perfect pitch, played the organ in my home town, and played piano for my dad's barbershop quartet. I wonder if she had music playing all the time, because I know so many of the tunes.

I don't have a particular song other than a song my dad used to sing to all of us and his grandchildren.  "Little Birdy in the Tree" which only has four lines to it.  The little grandkids used to sing "Pretty Baby" at all our gatherings and made up a dance to it.  Our extended family had a couple theme songs - "The Animal Fair "- don't ask me why. It stuck. Just a couple thoughts - hilarious to remember.

From Lynn, mother of Blake: The first time I heard this song I couldn't help but turn up the radio.  I began tapping my hands on my lap and swinging my head to the beat. The more I listened the bigger my smile. Happy tears filled my eyes. It was as though my son, Blake, was sending a love letter from his heart to my ears. The song is from One Republic titled, "I Lived". I looked up the lyrics to clearly read the words written in the song. It has inspired me, and its meaning resonated with hope and love everlasting. Each and every time I hear this song, I thank Blake for finding a way to remind me. My son LIVED and through all the joy and all of life's challenges to remember to continue living mine. To the fullest, with hope.

From Terri, mother of Matt: "The Hurt and The Healer" by Mercy Me reminds me that God knows how much pain I have been in, but that He will heal my broken heart.  Truly a beautiful song. All their songs are. I literally had to pull over the first time I heard this song after Matt died. God bless you each as we walk another week without the people we love so much.

From Tim, father of Thomas: My favorite uplifting song is "God Bless the USA" by Lee Greenwood. I have always been moved by its words of patriotic inspiration, and have performed it on many occasions. This song is also bittersweet. My son, Thomas, and I often performed Karaoke when he was home on leave, sometimes singing together. Thomas visited home the week before his last deployment. On Saturday night, we went out to our favorite Karaoke spot to get some last minute father/son time together. As the night wound to an end, a request came out for us to perform "God Bless the USA". We closed the Karaoke session by performing that song together, arms around each other's shoulders, singing for each other more than for the crowd, tears streaming down both of our cheeks. That was the last song Thomas and I would perform together.

Thomas left for Ft. Campbell the next morning, and soon deployed to Afghanistan. Just three short months later, we were visited by the Casualty Assistance Officers. Thomas had been killed in action the Friday of Memorial Day weekend, 2011. I will always cherish that memory and that song, but I doubt I'll ever be strong enough to perform it in public again.