Last week we were asked to share how events like the recent helicopter training accident in Florida influence our own grief journey. When this happens and deep thought is needed, I go to my favorite places, the beach or the garden. These spots help quiet my mind which is often on overdrive especially when I hear something like this. 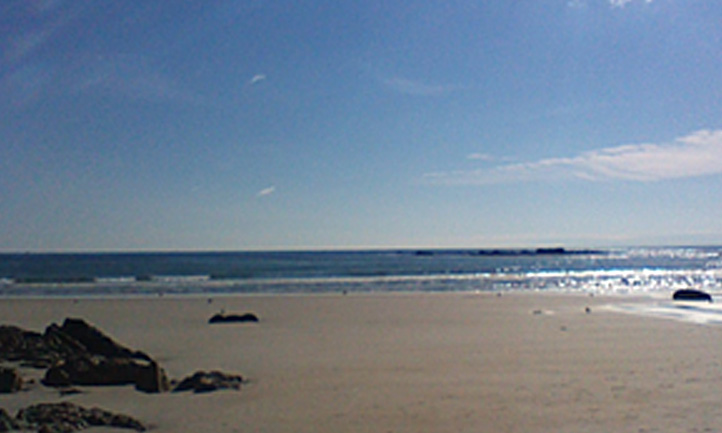 In an article, National Bereavement Study: A Call to Action, printed in the 2013 Spring TAPS magazine, there was the following statement, "One of the recurring themes of grief is the feeling of isolation, the sensation that we are alone in the world and that no one understands what we are going through." The survivors who wrote answers this week show through their compassionate, heartwarming replies that they are ready to make sure those who are new to grief through recent events, know they are not alone. Thank you to those who wrote replies this week, those who write private emails to me, and those who read the Saturday Morning Message.

Going to a TAPS event for the first time can bring up many questions. To help a survivor who has not attended yet feel more secure, let's share our experiences to the query:  "What if I come to an event by myself?  I worry I will sit in the corner and eat all alone. How will I make friends?" I look forward to your replies.

The Saturday Morning Message is designed for survivors to be an integral part of the process. Would it be helpful to read ideas how others cope with something that has been on your mind?  You are encouraged to send your question or topic ideas for future messages to carol.lane@taps.org. I look forward to hearing from you. With TAPS you are never alone.

♬ The song of the week comes from Roseanne, mother of Chris: Roseanne wrote to say that "I Did It My Way" by Frank Sinatra applies to her life. She also wrote that since Chris's death, she has come to appreciate "Sounds of Silence" by Simon and Garfunkel. This is the original version from 1964. Roseanne wrote, "Besides a beautiful soothing melody the words have meaning to me. Almost every verse relates something to Chris's passing. It hurts, I cry, then find some solace in the sounds of silence around his house."

From Ruth, mother of Jim: When we first lost Jim, I wasn't certain if I had anything or energy to help anyone else.  With the tragic news of losing all of these men in a helicopter accident, my mind raced through the things I could do. If I could I would embrace each survivor, give them the strength that I get from my community, give the love of my God.... oh, so many things I could do... I could send a card, give advice and listen to them, wiping away the tears. My list continued on and then I realized that my list was disorganized and I could not do all of this in one day, so I tried to reorganize what I would do. The list once again was confusing and seemed to pertain only to my situation and not to another's. Finally, I realized where I had all of my ideas and how best to make sure they were getting help. I knew just how to wrap this gift. My gift would be a support group that could lift them up, help them through, and continue on in life without their loved ones.  The best thing I can do is to send a card and enclose the most valuable gift that I have.... the number for TAPS. For you see, without TAPS, I would not have my strongest support group. I would not have someone who would listen to me any time of the day. I would not have  a mentor. I would not always have a hand to reach out to me and help me through this journey called grief. I would not have unconditional understanding and love. My gift to them would be the best gift I received..... TAPS.

Christine, mother of Adam: When I hear about accidents, I always immediately ask Adam to help them. It does bring up sad feelings.

From Jeanne, mother of Todd:  We are long time friends with the parents of one of the servicemen killed in the Eglin AFB helicopter accident. We immediately reached out to them and will continue to do so far beyond our society's normal grieving period.  At the appropriate time we will introduce them to TAPS.

Anne, mother of Michael: When I heard about the tragedy recently of eleven warriors being killed in a helicopter training accident, it immediately sent me back into the loss of my son, Michael, who was killed along with three other brave Marine warriors on a night training mission in North Carolina. My heart went out to all of the families, because I knew what they were going through. I wanted to put my arms around all of the families just to tell them how sorry I was for their loss!

From Chris, mother of Darin: We happened to be in Navarre, Florida last week when the Air Commando Ruckers completed their four hundred fifty mile trek from MacDill Air Force Base to Hurlburt Field in honor of the fallen eleven. I felt sad knowing what eleven families are experiencing and wish there was a way I could embrace them and encourage them to be a part of TAPS. I want them to know with the resources and support that is available, their raw pain can lessen and peace is possible. I also felt pride as I watched the military and private citizens gather to honor these young men. Three years ago we were at Hurlburt Field for my son's funeral. I think my son would have said, "This time it's not about me." He would have been correct. So, I put my feelings aside and honored the eleven and their families.

From Mary-Ann, mother of Blake: Events like the recent helicopter crash that took many of our best have always affected me with a certain amount of sorrow. Since the loss of my Blake, however, it affects me harder than ever before. I revert back to having that certain kind of stomach ache like I had for months after Blake's death. I have memory flashbacks of that horrible day we got the news of our son's death and the days that followed. I literally feel the pain so much more for the loved ones of those recently killed. It truly breaks my heart both because of my loss and thinking about those new to the journey none of us planned or wanted to go on. I hope this will help others to know they aren't alone. We have one another to fall back on with the true first hand experience and understanding of what they are going through.

Roseanne, mother of Chris: That morning recently I attended daily mass. The priest asked us to pray for those who were involved in a helicopter crash in Florida. I hadn't heard. It was only 8 AM  and I hadn't seen the news yet. Regardless, I offered up my prayers for those in the crash. It wasn't until the following evening I asked my mom if she heard about a crash in Florida. She said, " Yes. It's military related."  I stopped and made a point to Google it and then my emotions started. The tears ran like a river from my eyes. Chris had talked about flying in Black Hawk 'copters. My nose was red from sniffles that wouldn't stop. Chris mentioned his experience being in a Black Hawk. My hearing was selective; it was difficult to focus. My behavior was short tempered. I kept thinking about the war.

I asked myself why...
I cried myself to sleep
I awoke thinking why am I asking why, I should be asking what..
What can I do to reach out and help.
Then I remembered TAPS.

How they are the first ones reaching out helping us all who are on this grief journey.