My wife received a call from our grandson whose duty station was at MCAS Miramar, Calif. He had just returned from his second tour in Iraq and his wife, who also is a Marine and had gotten orders for MCAS Beaufort, S.C. She had left her car in California and wanted Daniel to bring it to her. 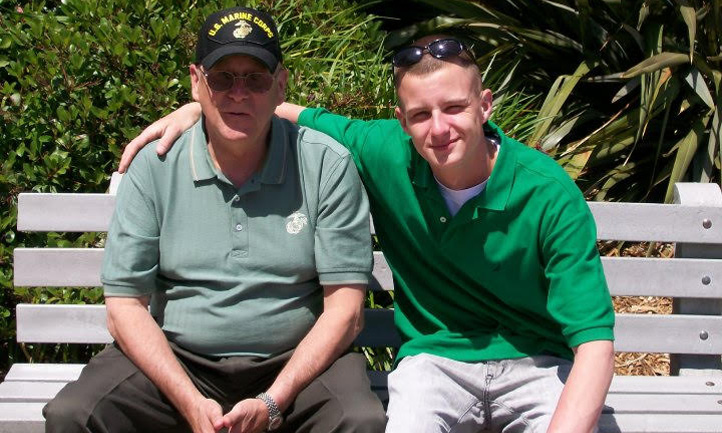 Grandma got off the phone and told me that Daniel was going to drive the car from San Diego to Beaufort. I asked when he was planning his adventure. She told me, and I said to call Daniel back and tell him I would fly out to the West Coast and help him drive east.

Daniel met me at the airport in San Diego, and when we saw each other, I don't know whose eyes were the biggest. We hugged and headed for the base to spend the night.

It took us four and a half days to make the journey across the states. There was only one thing wrong. You guessed it; grandpa ended up doing almost all the driving while someone played games on his phone. But I didn't mind as we were enjoying each other's company.

Daniel and I had a very close relationship, and we talked about several things on our long trip. He was excited to get to South Carolina to see his baby girl Alexis. He asked me several questions about my time in Vietnam as a Marine, and I gave him my honest answers. He talked about some of his time in Iraq and other things.

Daniel was a very caring giving person. We stopped somewhere in Texas and I bought a couple of bags of beef jerky for us to munch on while driving. We stopped at a rest area in Louisiana and when I came back to the car, Daniel was sitting on the sidewalk petting this old rough-looking dog. He just hated leaving that poor stray dog behind.

We got down the road a ways and I told Daniel to reach in the back seat and get a bag of that jerky so we could have a snack. He looked at me the way he did when he was a small boy with that "I did something wrong" look. Yep, he had fed both bags to that dog.

Six months later, he died by suicide on July 6, 2009. But I am so glad that I made that trip with him and had that special bonding time with my grandson.

I miss you every day, Daniel.