My Life as Soldier, New Mother, and Wife

My daughter was less than a month old at the time of her father being killed. The day before we were to go on our first family outing since my giving birth to Nikki, he had a surprise for us.. My husband, U.S. Army Specialist 4th Class, David Alexander Young, seemed to yell from our bedroom for me to come get something out of his way. I entered our bedroom to find a wooden rocking chair. He had hidden it in the closet, brought it outside and put it in full view. I was delighted! He remembered, while still  carrying our daughter, how I expressed to him always dreamed of rocking my child in a rocking chair. 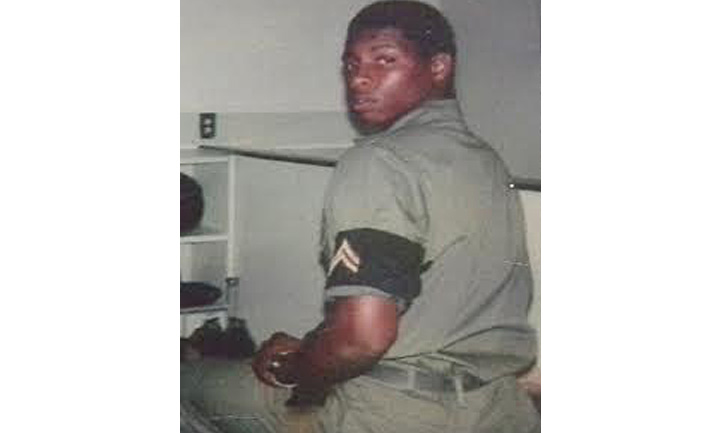 The next day, Sunday, we had planned to go to the lake. Alexander, as I called him, was scheduled to return to his company the following Monday. It would be our first and last time together without being in uniforms. We were both on active duty. We were going to go with another couple. They had a child who was older than Nikki at the time. We went to their apartment to meet up.  Alexander decided he and J. would go get gas for our Vega wagon before we went to the lake. I was angry! I thought he should wait until all of us were in the car and we could get gas on the way. He thought otherwise. I was so angry, I did not say goodbye to him; did not tell him I loved him; did not give him an embrace and kiss before he left. For a brief second though, as he was headed towards the door, a second of utter panic struck me; just for an instant. It did not last long enough for me to understand it or know what to say. To this day, I think it was a premonition; I wish  could have recognized and told him not to leave me, or be careful - a regret, which still haunts me each day, so many years later.

It seemed to be taking so long for Alexander and J. to return. Several hours later, a knock at the door. It would change my life forever. I was holding Nikki in my arms. A police officer was at the door; he asked for me. He said my husband had been involved in an altercation and asked would I accompany him. I still had Nikki in my arms and proceeded to quickly get her ready to go. Yet, the police officer said she might not be able to accompany me. I thought Alexander was hurt and I was going to the hospital to be with him. I decided to leave Nikki with my friend (wife of J. with whom Alexander went to get gas). We ended up not going to the hospital as I thought, instead we ended up at the police station.

After many hours sitting outside an interrogation room, I was told Alexander was deceased. I would not find out any details until his friend, who was in the car with him told me the next day. My husband was wrongfully killed by a police officer.  I still remember how that morning, I was known as a U.S. Army soldier, new mother, wife; as of the death of my husband by that evening, I became a soldier, single mother and military widow. Today, 34 years later, also a survivor!