I liked the person I became in the 23 years I was married to Phil.  I learned to trust myself and to dream big. Life was filled with possibility, fun, and the comfort that came from knowing that even if I fell or failed, someone, my someone, believed in me and would love me anyway.  It was strength forged of time tested hurdles, life events, and the moments.  Like most people, I thought there would be more moments. 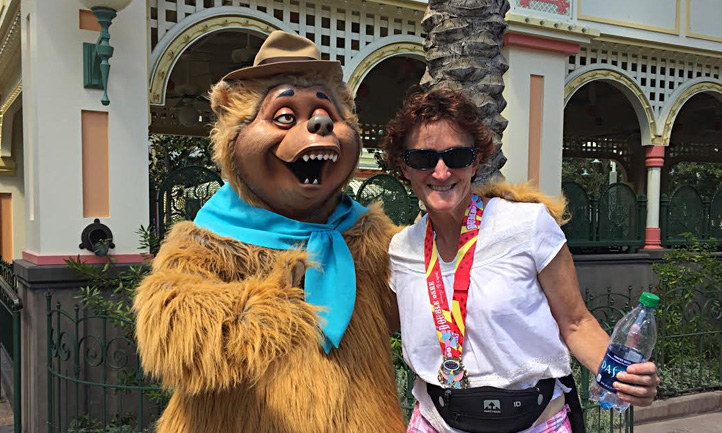 The day after Phil was killed was the day we were supposed to find out if we were going overseas again or if we would be returning to finish out his career at the Air Force Academy.  We stood poised.  There was the excitement of the what ifs and what next.  When Phil was killed the what ifs and what next became two questions I no longer wanted to consider.  Life was survival; possibility and dreaming big became a desperate whimper.  Stuck in the horrible vicious cycle of trying to figure out who I was without my Phil, where I fit, dealing with trust issues, and the loss of my military culture and the place I once fit, left me standing on the curb hiding as the parade marched on.

Four and a half years later, I am still figuring out possibilities and learning to dream again.  Where once I was pretty confident about where the road would lead and what my gray haired years would look like, my prisms have shifted.  Quite simply, I am struggling with figuring it out.  I am no longer paralyzed with fear, but the reflections are warped and the way ahead is fraught with my own confusion and doubt about who I am now and where I fit now.

Like a teenager, I am trying new things and finding that certain things still work.  Running is one thing that still fits.  I am able to bridge my past, my time with Phil, and my way ahead in the miles and miles covered.  I found my confidence in traveling and in fulfilling the dreams Phil once had for me, but once I finished a marathon in every state, I needed a new goal or a new dream.  The Great Wall of China Marathon and the marathons I want to run in Dublin and Avignon or Marseille are part of that plan.  Phil was never a part of this dream, but as sure as I breathe and as sure as I live, I know Phil would support these endeavors because he believed in me.

Other areas of my life are harder to navigate.  I still struggle with where I fit in.  I knew who I was as a military spouse.  Now?  I am part of the military world through work and through the benefits I received by Phil’s death, but I don’t fit.  I am no longer a key spouse and I no longer have that strong dashing man in a blue uniform next to me.  Even something as simple as going to the base chapel isn’t so simple.  Everyone else has a family and the focus is on family connections.  It leaves me wanting and wishing.  I navigate all of my boundaries with one foot in the past and one foot in the future.  There are good days and bad days, but the confusion  and shaky confidence are new.

I figured at 54, I would have more answers and my life would be more than it is now.  I don’t want to figure out the way ahead, yet I know I must.  I must because Phil had no choices and he died before he could realize many of his own dreams.  To quit, to stop looking ahead to the possibilities, is to be waiting for my own final breath.  The answer is evident.  I have to fight for it.  No retreat, no surrender, and I have to trust at some point the way ahead will become clearer and more comfortable.  I step forward knowing by learning to dream again is what Phil would want for me and what I want for myself.