Gold Star Mother’s Day is recognized the last Sunday of the month of September. Each year I wear my pin to church as a remembrance of my son, U.S. Marine Corps Sergeant Bryon Lane, who died in July 2001. 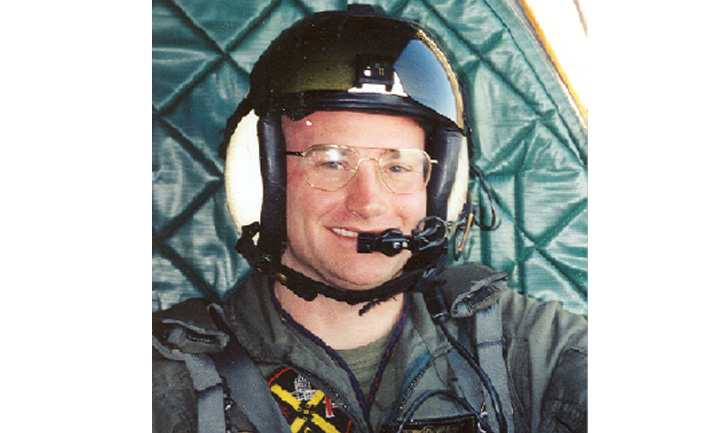 This has been quite a journey. It all started with a phone call to me while I was at a summer curriculum meeting at school. I was told to come home as there had been an accident. All the way home, I wasn’t sure what to think or which of my two children were involved. When I turned the corner to my house, I saw the government car and knew something was very wrong and that it was Bryon.


After I got over the shock, the casualty officers gave me a leaflet about TAPS. I called very soon after the funeral and felt the support immediately from the person who answered the phone. I was invited to the National Seminar the next May and decided to go mainly to meet this person who had listened to me while I sobbed on the phone for all those months.

I wasn’t disappointed. Not only did I receive hugs and support from her, but also the others who were there. I liked the fact that we could tell stories about our loved ones no matter our relationship and that is still something I like whenever I go to a TAPS event.

As time went by, I retired from teaching and was asked if I would like to work part time for TAPS. Now I work in the Online Community. One of my tasks is putting together the Saturday Morning Message. Through that I meet other survivors who write in answer to the question each week. Then when I go to a TAPS seminar, I meet these people personally and there is always a reunion full of hugging and talking. An interesting aside is that the person who first answered the phone is the director of the Online Community. I hope that through this work I honor my son and also give back to the organization that gave me so much.

So this Sunday, I wear my pin. When someone asks about it, I tell them about Bryon and also talk about TAPS. Without TAPS, I don’t know what I would have done.
Related Articles: