I was 10 years old the first and last time I asked my brother, Sam, if I could go on a run with him. He was home from college at Penn State, but he still had to do PT runs for ROTC. We were only running to the front of the neighborhood and back, so it was an easy two miles round trip. 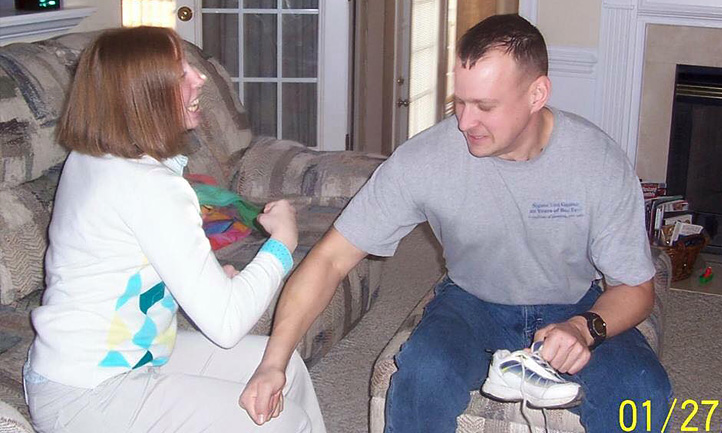 It was clear right from the start that I wasn’t going to be able to keep Sam’s pace. I was stubborn though, and told him I could keep going when he offered to slow down.  Eventually, when I was completely exhausted, he walked beside me the rest of the way home. Even though I’m pretty sure there was an “I told you so” somewhere in there, he never complained.

Later in life, after I had graduated from college, I got back into running. I had run distance in high school track, but I never fully enjoyed it. Too much of life felt like running in circles already. So, when I decided to lace up my running shoes as an adult, I knew I’d have Sam’s support. 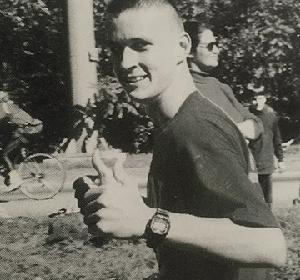 Sam had run his entire career as a Marine. He ran the Marine Corps Marathon twice in college as a Marine option Midshipman. The second time, he ran in his utility uniform and boots. From what I heard, it was miserable, but he finished. He didn’t love running, but I knew he loved overcoming obstacles and accomplishing goals. And I knew when I started running again that he would celebrate in my victories too.

Months before his death, I visited Sam and his family. He saw my Runner’s World magazine, and jumped right into conversation. He was excited to give me running tips, and he talked to me about the proper shoes. He even tried to sell me on FiveFinger running shoes; he had me try on his and walk around the house. I couldn’t quite get past having something between my toes. I felt like a pollywog.

But Sam never doubted my abilities, and he always let me set my own pace. Those are lessons I’ve had to learn as I run the path of grief as well. I have to believe in my own strength to get through the tough moments. And I have to set my pace; I can only run my own race and no one else’s. As long as I’m getting the care I need and stopping to take a break when I need it, I know I can get through this.

Another lesson I’ve learned is that grief, just like a lot of distance runs, is a lot easier when you have someone with you to share the journey. This weekend, I will be running the 40th annual Marine Corps Marathon 10K in honor of my brother and all those who have died in service to our country. I love that I’ll get to honor Sam by running with the Marines.

And, I bet I’ll feel my brother beside me every step of the way. He always believed in me, so I have a feeling when I cross the finish line, I’ll hear him say, “I told you so.”