Dre was an avid runner, he ran track all through high school, loved running for PT, and would run after work if he felt stressed. Running for him was more than just a great workout or a sport, it was a way of life. When Dre was a child, he watched his mother run in many marathons throughout their city. He was so proud of her and he told me her participation in marathons was part of his reason for wanting to run, because she never gave up and always ran. 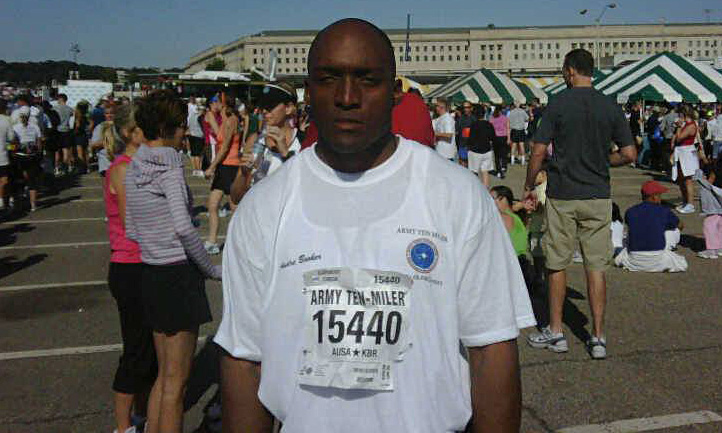 In 2009, while stationed in New Mexico, at White Sands Missile Range, the opportunity to run in the Army 10-Miler was presented to Dre, and it was his chance to do what he loved once more. Because he only did track and wasn’t much of a long distance runner, he would go out a few days a week and on the weekends trying to condition himself to do the run.

There were only two days to try-out for the team to represent WSMR in Washington, D.C. at the Army 10-Miler and only eight spots. Dre called me in excitement after he finished trying out; he was so happy with his time and the fact he had completed the run. All we had to do was wait a few hours to see if he placed and made it on the team. He called me screaming he made it on the team and how exciting it was for him to place 4th out of all of the runners who tried out. The thought of finally running a distance run just like his mom filled him with joy, and he couldn’t wait to tell her later that day.

The day of the run, I got a call from him and a text message of him in his shirt and with his running bib on ready to go. We said a little prayer and then we hung up the phone. Soon after the race would begin and all I had to do was wait for his victory phone call. And about an hour or so after we hung up, he called me still slightly out of breath and tired, but I could hear the happiness in his voice because he did it. He finished the race, and even though he didn’t place anywhere near as well as we both had hoped, he still finished the race and gave it his all. He was just glad he didn’t finish last.  I on the other hand was just happy he got to run.