Dre died almost four years ago, and yet he still continues to live his life. I have always pondered and questioned the whole "life after death" theory, and after losing the love of my life to death, I couldn't help but to imagine how life after death was possible for Dre. 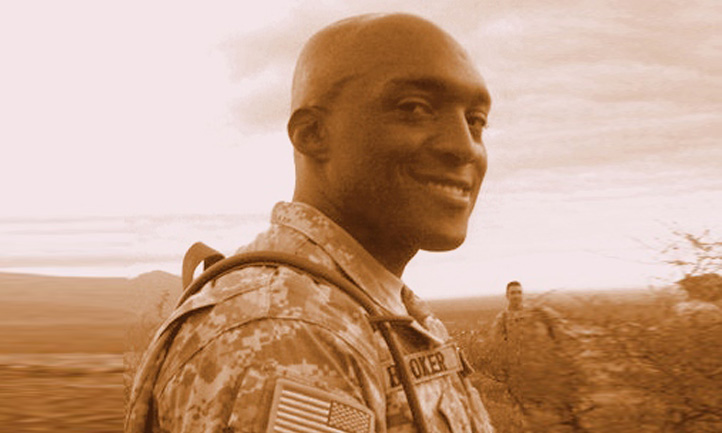 I was on my way to meet with a friend who had stopped by to visit with Dre after attending a funeral in the same cemetery where he's buried. My friend had never met Dre, and didn't know anything about either of us until about two years ago. So, it was a nice surprise that he was stopping by to pay his respects. While I was driving, it suddenly dawned on me: He Lives. Though Dre has been gone for three and a half years, he has lived more in those years than most will do in their entire lives.

Dre now serves on permanent heavenly detail and has managed to touch the lives of so many people through his legacy. He continues to touch the lives of those who knew him before his passing through the many events to honor our military's fallen heroes, various retreats, and the countless telling of his life's story. There are many people who feel a connection to Dre, as if he were their fallen son, brother, cousin, or friend; they only know him through pictures and memories that I have shared. It's amazing to see how he can still make such a positive impact on the world even though he is no longer a part of it.

Born in Alabama, Dre joined the military and was able to travel and visit a few other states and countries. But who said his travels had to end there? He has traveled to Puerto Rico, the Bahamas, and to a few European countries as well. Through these travels, he has shown me that there is life after death and that if we don't give up and continue to share their stories and carry their legacies, they will continue to live on forever.

I was always so very proud of Dre and the things he did for others. All his life he had been a very special and unique person; always putting others before himself and making sure that, no matter what, everyone was okay. I would hear countless stories from his battle buddies, fellow military members, friends, and family, about how great he was and how he helped them during their times of need. I can't help but feel amazed as I see how his life's story and unfortunate passing still touches the hearts of many. He gives them the strength to do better, to improve themselves, to help others, and, most importantly, to carry on: just as he did in life. The story of a 30-year-old Marine who died an Army Soldier has spread far and wide. Even though tears are sometimes shed, those who hear of his story still manage to smile. They know that he wouldn't want them to be sad about his passing, rather, they should rejoice in knowing his story and how he came to be the person he was. They can continue living on, in his memory, to be as great as he had hoped everyone would be.

No matter what I do, or where I go, I know he is right there with me, smiling and laughing, and watching over me. He lives with each breath I take and with each person who hears his story and learns of his legacy.