Our TAPS family extends our sincere condolences to the families whose loved ones died or were injured in the tragic shooting at Fort Hood, Texas. TAPS is actively helping the families of the victims.  Our assistance and support will be unwavering. 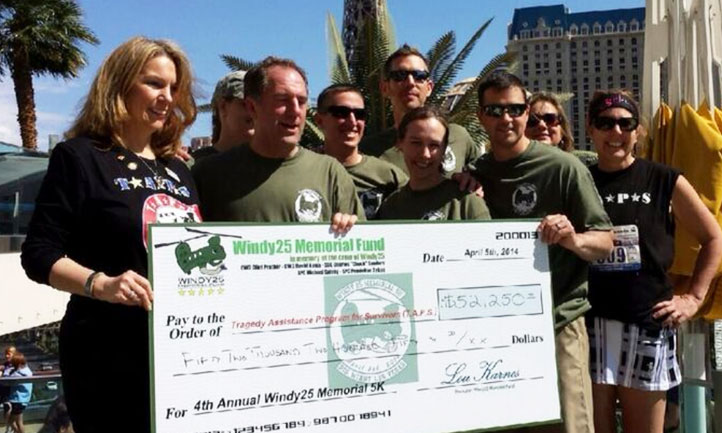 Our next TAPS Run and Remember event will be the Oklahoma City Memorial Marathon, Half Marathon, Marathon Relay, and 5K on April 27th. If you are interested in running with TAPS or sponsoring a runner, we encourage you to visit the Team TAPS page.

Recently, DynCorp International signed a memorandum of agreement with TAPS. This agreement will give families of fallen DynCorp contractors access to TAPS' multitude of programs and services.  TAPS is very grateful for this partnership with Dyncorp International. "We are pleased to sign a memorandum of agreement with DynCorp International that will provide bereavement care and support to DI employees who die while serving to support the military mission," said Bonnie Carroll, TAPS president and founder. "Many of DI's employees are recent veterans who served for many years in our military."

Lastly, registration is open for the TAPS Fort Carson Survivor Seminar and Good Grief Camp  and the 20th Annual TAPS National Military Survivor Seminar and Good Grief Camp. If you plan on attending one or both of these events, we encourage you to register as soon as possible. We hope you will be able to join us for one of these special weekends of hope, comfort and healing.