When Phil was killed, I felt like I was all alone and that somehow I no longer fit in the world I had been a part of since I was 21.  It had been many years since I was the center of gossip, but from the early moments less than a week after the funeral, people Phil had worked with were making bets about how long it would take for me to date and remarry.  Someone considered it funny enough to tell me about it.  Other people shied away from me perhaps feeling like Phil's death was contagious.  Maybe they didn't know what to say.  Many didn't.  Many people came and remembered Phil's life at his funeral, but I never heard from them again.  As time has marched on, and Phil's death is not such a raw event, I have become better at laughing off the inappropriate behavior and remarks, yet the pain lingers as a muted dull ache of wanting the life I thought I was going to have. 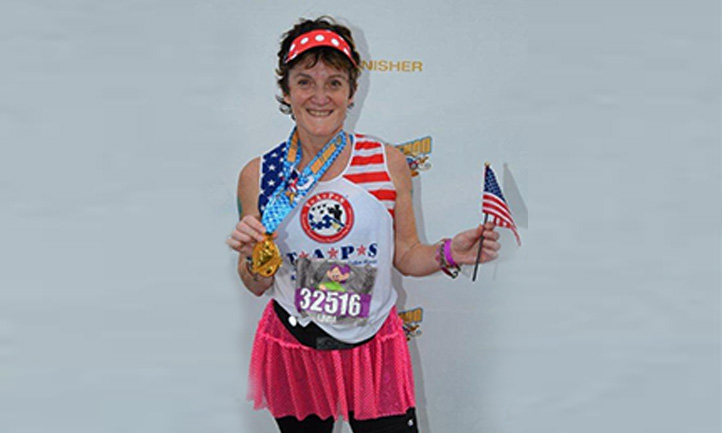 Three years after Phil was killed, I've realized that I, like most, had a skewed perception of grief.  I thought grief was finite and people could "get over the loss".  I suppose I thought that someone else who could fill the void could replace people somehow.  Yes, I had experienced death before Phil, but most of my losses followed a predictable pattern; the end either came from death at an old age or the loss was someone not close enough to create a lifetime of "what ifs" or missed family events.

People step up willingly and provide a shroud of support in the immediate aftermath of traumatic death-any death.  They step up to provide food and a physical support.  They are willing to listen and they are willing be the hands that reach to the broken spirited griever, but people (and I am no different) quickly reach the end to their capacity to give.  It isn't that they do not want to be a good friend, but all of us have life responsibilities and the need to connect with people who bring life into our own hearts.  This time limit usually is six months for those that are the closest to those who grieve.

When caregiving fatigue kicks in, people begin to look for life to resume in what is perceived a normal way.  At this point, things may be said and done that hurt a person who is grieving, while it isn't the intention of others, many just simply do not know what to say or do. While a person would never tell another person to get over being happy, it is exactly the opposite with those who still cry, talk about the loss, or mourn in any manner six months-12 months-whatever that number is.

I've had people in my life suggest  sleeping with someone, getting drunk to forget, self-medicating, etc. as a way of forgetting the pain.  While those things may work temporarily, I've been smart enough to realize all to soon that the pain would come rushing back and the pain would be even worse if it carried the elements of guilt, self-loathing, or delayed grief.  A person must simply continue to step and breathe one minute at a time until the pain is blunted enough that a person can grow and find meaning or remember the person lost not as the event that took their life, but as a collection of happy memories and shared events.

Another element of this journey which shifted in my paradigms is I once said to my minister that I was waiting for God to bless me like he blessed Job after all of his losses.  God did indeed bless Job after his loss, BUT as my minister pointed out, people are not replaceable.  God allowed Job to find love again and to reestablish his business again, but Job still bore the scars of having lost his family.

At this point in my journey, I still think about Phil.  There are days that will always bring with them the weight of darkness.  I can't control those days or basic time frames, but most days I am confident I am doing what I need to be doing.  I honor Phil and the love we shared even as I take small faltering steps forward.  I have begun to believe in myself and in my future without my Phil but that progress in no way means that I am "over it".

My future does not mean replacing or forgetting Phil and what he meant to me.  It simply means learning to live as Linda instead of as the Linda/Phil team.  This future means developing a new future-one that I never wanted-because it is what he would have wanted.

He even told me that in our last face to face conversation.  Phil wanted that what if talk right before he deployed.  I wanted none of it.  I made jokes about Raul the pool boy.  I do not know any person named Raul and I certainly do not have a pool.  He got exasperated and asked me a question that compels me forward in hope and in confidence.  He turned to me and asked, "If you died first, would you want me to be happy again?"  Why, yes, yes I would.  Phil wanted happiness for me because he loved me that much.  Perhaps the people who want us to get over it love us that much.