Grief episodes or meltdowns are times that are hard to control. Sometimes they arrive when you are at places or at times when you don't expect them. Sarah, spouse of David wrote: "I was walking my dog this morning and thinking about a recent grief episode I had. It was at my son's college vet affairs office of all places! It got me to thinking about the many places where these bouts of grief arise- and for so many reasons.  I have talked to survivors who have shared that they have had 'grief meltdowns' in strange and non-typical places too." She thought this question could be posed: "Where are some of the places that you have experienced a grief episode?" This week's question was a chance to share these times with others who read the Saturday message. Often these episodes come during this time of the year when we are encouraged to stay inside by the shrinking daylight hours, the colder temperatures, and the holiday seasons that are upon us. I thought sharing some articles from past TAPS magazines that give strategies might be of help in addition to those given by the survivors later in this message. 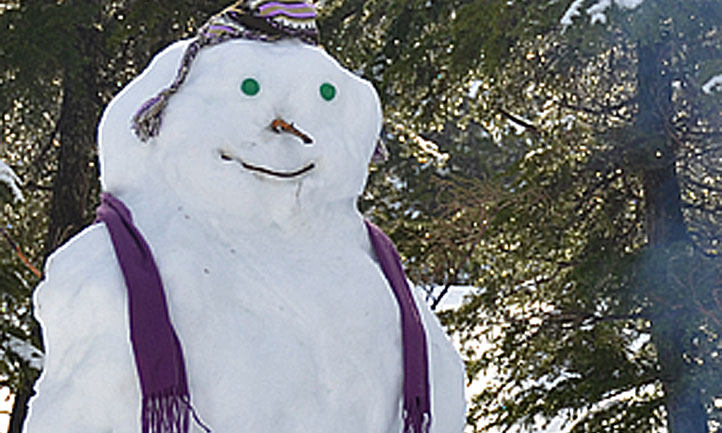 Leslie Becker-Phelps, PhD gave permission to the TAPS magazine to print an article of hers titled "Looking for Sunshine in the Dark Winter Months"  . In it she lists ways to help keep spirits lifted during this time of year.

In Physical Reactions to Loss and Grief It Isn't All In Your Head (or Your Heart) by Susan R. Blankenship MS, BSN, RN, CCM and Rebecca I. Porter PhD, ABPP, LTC US Army, the authors not only talk about why you may feel as you do, but also give some helpful suggestions on how to help yourself feel better.

These articles are among a group in the Holiday Survival Guide on the TAPS website.

There are days throughout the year that are special to your family and your loved one. It could be a birthday, a holiday, or any other time of year that has particular meaning. The discussion topic for next week is: What is something that you do or have thought of doing to honor your loved one on these days that are unique to your family? We look forward to your thoughts.

I invite you to respond to this week's question or share a topic you would like to ask the group by hitting the reply button or sending a message to carol.lane@taps.org.  I would love to hear from you anytime about anything. Sometimes writing to someone can be helpful.

From Leslie, mother of Eugene: Yes, I had a complete meltdown recently while on vacation in London.  This is more than 3 1/2 years since Eugene passed.  I was in the Church at Windsor castle.  I couldn't breathe. My husband didn't know what to do. I just wanted my son. One of the ladies (not a nun but close to it) saw I was having an issue and brought me to the Vicar. We had a short conversation about my son. He had me write some details about Eugene.  He promised to include him in the service that weekend when the Queen came. For some reason I was functional after that. This was not fun.

From Carol, mother of Bryon: This is an interesting question. I had one of these episodes happen in church during the Veterans' Day service this year. Now I know that is not an unusual time for it to happen, but I have lived thirteen years without Bryon and these episodes are rarer than they used to be. It took me by surprise, but I have learned that it is best for me to go to a quiet place to calm the tears that come. Then I am able to tell those who come to comfort me what is happening and not apologize. Also I keep a supply of tissues with me at all times even now.

From Mary-Ann, mother of Blake: When and where have I had melt downs and what did I do about them? WOW! That's a loaded question!

When have I not had melt downs? The first two years I seemed to have them everywhere, anytime, any place no matter how hard I tried not to have them. I live in a small town where everyone knows everyone so I was constantly having people asking questions or telling me they were sorry for our loss. That did not make it easier, because I could not get away from the constant reminders. I finally got where I figured, "Oh well, I can't control it and they keep asking questions." So I just kept tissue with me at all times and let the tears flow. I felt like I was a broken dam. There was no controlling the tears.

For months we would go out of town every weekend to do our grocery shopping or to eat out. That helped a little bit, but the helicopter crash was in the news for weeks, so people would hear our name and automatically ask if we were related to that sailor that was killed in Afghanistan. I finally realized we were fighting an endless battle and that people would just have to accept the fact that tears were going to flow.

Thanks to God things have gradually gotten easier to deal with on most days anyway.  I try not to be around people on those more emotional days. I rearrange schedules around my moods as much as I can, but that's not always possible either. I really don't think there is an answer as to how to deal with the melt downs other than handling them one at a time as best you can. Every day and situation is different, so all you can do is your best under the situation.