Songs are one artistic form that can become special for survivors. This week, members of our TAPS family shared songs that are meaningful to them. I hope you enjoy the responses Do you have a song close to your heart?  Share with us here and also visit  TAPS Facebook. This message will appear there and you can add your comment and a special song. 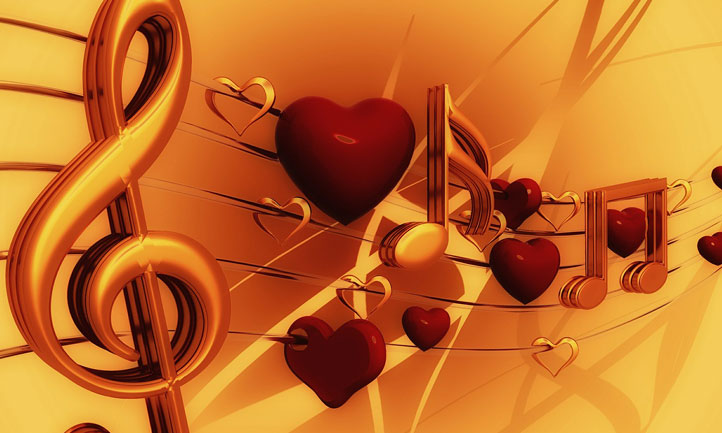 The question for next week is: What is one gift your loved one left you? It could be a physical gift or something that you learned through knowing your loved one. I look forward to reading your thoughts.

If you would like to send a response to the question of the week or have a subject that you might want to hear responses from other survivors, email me at carol.lane@taps.org . I would love to hear from you anytime about anything. It doesn't have to be a reply to the Saturday message. Sometimes just writing to someone is helpful.

From Andre, surviving father of Andrea: September 5th was the last time I saw my daughter alive. She left for Baghdad Sept. 5, 2006 on a peacekeeping mission while working for a branch of our State Dept. She was there to help teach the young Iraqi government how to exist as a democracy. My beautiful daughter was killed in Iraq in 2007 and had beautiful blue eyes-just like me.   In six years my grief song has changed from "Blue Eyes Crying in the Rain" sung by Willie Nelson, to my 'life' song which was  the theme song from the movie Titanic, "My Heart Will Go On" sung by Celine Dion and  most recently it is  " I Can Go the Distance" sung by Michael Bolton. Thank you for letting me share this with Taps.

From Linda, surviving mother of Brian: I would like to share with you the song that reminds me of my son Brian, who took his life on October 20, 2011. I heard it right after I took him to the airport when he was on his way to be stationed in Japan. Brian joined the Navy before he even graduated from high school and was my first child to leave the nest. I had a really difficult time when he was stationed so far from home for three years, because we didn't get to see each other at all.  This song was played at his funeral service as well. It is still difficult for me to listen to, but "I Hope You Dance" sung by Lee Ann Womack touches my heart and always will.  I know that Brian is now dancing in heaven and watching over his sister and me.

From Shari, surviving spouse of Craig: I love the Journey song "When I Think of You" sung by Steve Perry. The lyrics took on new meaning for me after Craig passed away. The song makes me cry, but it also reminds me that whenever I think of my husband, he is still with me, in my dreams and memories. He will always be a part of who I am, and I feel so blessed to have had him in my life. He lives forever in my heart.

From Deb, surviving mother of Elizabeth: "The River" sung by Garth Brooks exemplifies Beth.   Beth had dreams, dreams greater than I could have imagined and she had a plan to get to those dreams.  When Beth faced a roadblock, such as the letter that said she did not get the appointment to the Naval Academy, she found another path that would get to her dream- the Navy.  Within two weeks she had submitted all necessary papers for a ROTC scholarship, scheduled her interview for the scholarship, nailed the interview, and then selected a college that paralleled the Naval Academy.  She set her sights on aviation.  When she was diagnosed with astigmatism, she shifted from pilot to Flight Officer and then selected an assignment path that weighed heavily on the skills of the NFO.  Beth struggled in the personal life/love category.  But then she met Brad.  Within a month she knew she had found love, a love that was based on friendship, loyalty, and honesty.   Whenever I hear this song on the radio, the tears flow, because "The River" was like seeing her life transpiring.  I love the song yet it causes such pain at the same time.

From Sarah, surviving spouse of Joshua: My husband's death was a suicide. The song that resonates with my children and I immensely is "All I Want" sung by Kodaline. The lyrics say what a lot of suicide survivors are thinking...  "Our love was made of movie screens", "You were the best part of me", and other lines. But the most powerful is the chorus - "If you loved me, why'd you leave me?"

From Leslie, surviving mother of Eugene: The last time I saw Gene was December 26, 2010. I was preparing for an amateur piano competition in Paris.  Schumann Fantasiestücke, Op. 12, "Aufschwung" was the last piece he heard me play. He kept saying to relax and it would go better which it did. I don't play it anymore.

From Ruth, surviving mother of James: My song is very old.  When my mother was born in 1921 on a houseboat on the Columbia River, my grandmother would cradle her and sing a song called "Red Wing." I was told that my grandfather would often pick up the harmonica and play along while older children joined in and helped sing the new baby to sleep.  When I was born in 1943 my mother continued the tradition.  I can remember rocking my dolls to sleep singing them this wonderful song.  When Jimmy was born I cradled him in my arms and sang "Red Wing" as I did with his younger brother.  It had become a tradition. Grandchildren came along and they too were put to sleep with "Red Wing"....  I never really listened to the words until after we lost Jimmy.  This last year our great granddaughter was born and as I cradled her in my arms and sang to her, I knew that I now understood the words to the song.  Tears ran down my cheeks as I sang.  Soon after as my granddaughter rocked her newborn baby, I heard her gently singing.  When the baby was asleep and tucked in for the night, she turned to me and said, I will always think of this as Uncle Jim's song.

From Carol, surviving mother of Bryon: There is one song that exemplifies the feelings I have for my son, Bryon. It is called, "The Dance" performed by Garth Brooks. The lyrics ask if one had the choice would it be better to not have the person in order to miss the pain.  My answer will always be, "No" With him in my life, I was exposed to experiences that I never would have had like his love of football, helicopters, the Marines, country music, and the sound of his laughter.  As the song says, "I could have missed the pain but I'd have had to miss the dance."