As I was driving north after work on Friday to spend a sunny Memorial Day weekend on the Jersey Shore in 2012, the Vice President's voice suddenly gripped my attention.  The radio station's voiceover explained Joe Biden was speaking at an event organized by TAPS (Tragedy Assistance Program for Survivors). Having recently moved to the Washington area from out of state, I had no idea what TAPS was until that moment. 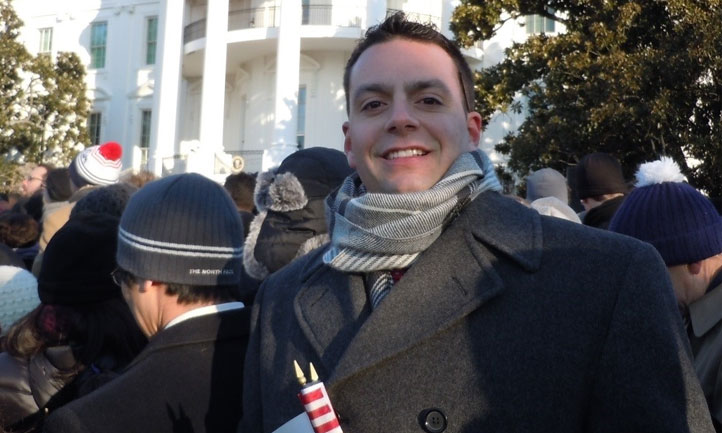 Vice President Biden delivered a speech on loss that was incredibly moving. It captivated me like nothing I had ever heard on the radio before. For me, it was a call to action.

I contacted TAPS and let them know I wanted to help support their mission. I shared with them that other than a deep, abiding respect, I had no prior connection to the military community before that day.  TAPS was excited to welcome me into their volunteer corps family. From that moment forward, TAPS has continued to provide opportunities for me to use my skills and personality to support its mission.

Volunteering isn't complicated and that's why I love it so much. You show up, smile and bring your energy. At TAPS, it has been a dynamic experience.

Through my active role in the organization, I've worked with children at the Corcoran Gallery of Art making thank you cards for the families of our fallen soldiers. I was a de facto art teacher and I loved it. I've worked Capitals and Wizards games at Verizon Center, cheerfully sharing TAPS mission to fans navigating the stadium's concourse. I've been a part of the Army Ten Miler expo and the Marine Corp Marathon hospitality tent.

My natural passion for being social has been effectively leveraged at TAPS. On some days, however, I feel a little more introverted. On occasion, being able to write and copy-edit for TAPS has given me the ability to volunteer while quite literally sitting on my couch.

Once more, TAPS always seems to find a way for me to support its beautiful mission through the things I enjoy doing. The things I like to think I'm naturally good at.

While the scope of the actual healing I can provide is limited without me having served in the military or having experienced a profound loss (like the one Vice President Biden spoke about or the type of loss experienced by the families TAPS supports), I can still make significant contributions to TAPS.

My time is respected and appreciated by TAPS. As a unique way to thank me, I was recently invited by TAPS to attend the State Arrival Ceremony of French President François Hollande at the White House.  It was a tremendous honor, but the best gifts from volunteering are more abstract.

It's the positive energy I gain through osmosis as it radiates off people at the TAPS National Military Survivor Seminar. The pride I feel wearing my TAPS shirt in public, knowing everything it represents.

As I drive home after a night of volunteering, I'm left with a natural high. Time was well spent. It's a remarkable feeling, and I can never underestimate how much it's meant to my overall happiness.

For those who have never served our country, TAPS provides the perfect vehicle to physically show your appreciation for the ultimate sacrifice of others.

"Out of everything terrible, something good will happen if you look for it hard enough."   - Catherine "Jean" Biden

Visit our volunteer page for more information on how you too can get involved with TAPS.