It's been a while since my last post . . . mostly because I have suffered from writer's block. When I had a good topic in mind life got too busy to write. So here I am catching up. I always like to share my story with others and feel sometimes that maybe I am a little too transparent. I decided these past few months that I really don't care if people think I am a broken record as long as one person gets hope from my story.  So here it goes, the latest and probably the greatest part of the Rozier Family Saga . . . in a good way. 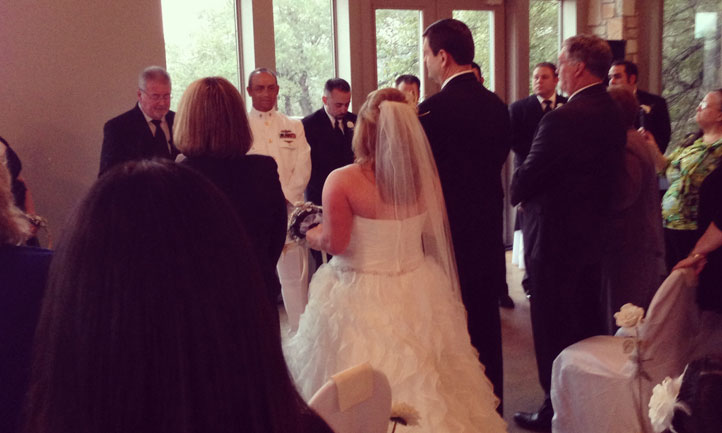 This past month my sister-in-law remarried. She and my brother met at Texas A&M and married the week following graduation.  They were stationed in Fort Riley, Kansas. We saw them once or twice before he deployed so we really didn't get to know Jessica as family.  They were married one and a half years when Jon was killed, and the news was delivered to Jessica while she was staying with me over a weekend, before heading home to Kansas.  That began the journey of Jessica becoming officially integrated into the family.

It was important to us that we stay connected to Jessica and Justin, their 9 month old son . . . who, I might add, now has some moves like Jaggar (video evidence is now sealed until a later, more opportune date).  So, family vacations, babysitting, holidays, etc. were always extended and accepted.  In the Corps of Cadets at Texas A&M there is a tradition of replacing yourself, recruiting someone to fill your empty spot upon graduation, so that the tradition of the Corps can remain alive. In essence, Jon replaced himself with Jessica in our family. We went through the ups and downs of grief together, as a family. And as I have said in previous posts, all relationships require work from everyone involved.

Fast forward, nine years later:  Jessica met PJ at a hog hunt for military widows.  PJ was a hunting guide with this organization.  He is also a survivor of sorts, a wounded warrior, injured during his service in the U.S. Navy.  So, as my dad told Jessica on her wedding day, we welcome PJ into the Rozier family with open arms . . . he's a veteran at it now, surviving two Rozier family vacations.

I've had enough conversations with other military survivors to know that surviving family of origin and surviving spouse sometimes have difficulties relating after their loved one dies. Not that our relationship is perfect in anyway, it's seen hard times and good times, but what matters most is the miracle of our family sitting at Jessica and PJ's wedding last month.    But then again "Love bears all things, believes all things, hopes all things, endures all things. Love never ends . . ."

At the wedding I captured this photo of my dad giving Jessica away in marriage to PJ . . . I think my caption still sums it up best, "A Picture Speaks A Thousand Words."