Our son Christopher McHenry passed away by suicide on March 4, 2013. We joined TAPS three months later and what a blessing they have been for me, Chris' dad, and his brothers Cole and Zach. Our family attended the National Military Suicide Survivor Seminar and Good Grief Camp for Young Survivors in Colorado last year. It was comforting to meet others who are coping with the loss of a loved one who died by suicide. My husband and I met numerous parents and our sons met other siblings who've lost a brother. For the first time, we realized we were not alone; others are traveling this journey with us.  TAPS connected us with two peer mentors, Barb and Dave Hoffman, who are also surviving parents. We are very grateful. I can honestly say it's been and will forever be a tough journey, but knowing we are not alone and that we have the support of TAPS and our mentors makes the pain more bearable. 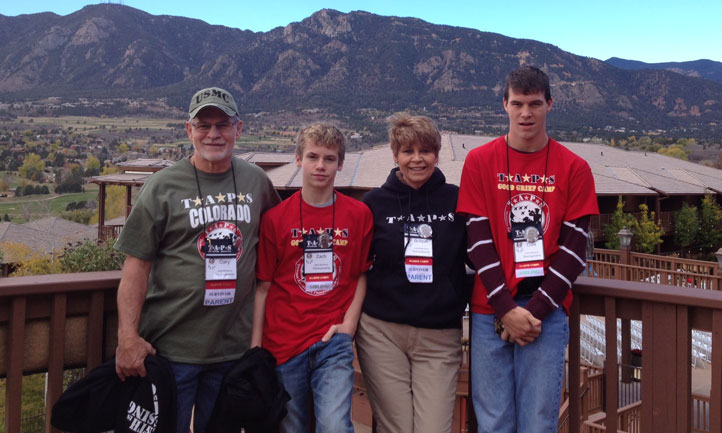 Our family has benefited much from having TAPS in our life since Chris died. As a way to pay it forward to TAPS, my younger son Cole came up with a wonderful idea of how we could help raise funds for TAPS programs and services. Cole is an avid bowler and bowled many times with his older brother Chris. It is a hobby they shared and truly enjoyed. Cole approached the staff at Meadow Bowling Alley in Washington, Pennsylvania and shared with them the idea of a fundraiser for TAPS. Our family spoke about TAPS mission and how much they have helped us since Chris' death. The staff was very excited about the idea of the Bowlathon fundraiser for TAPS. We immediately started planning; each day the event gets bigger and bigger!

Members from the American Legion and VFW as well as approximately 100 friends and family members plan to participate. We cannot wait! The event will be held on Sunday, April 13, 2014 from 12:30-3:30 p.m. Along with the Bowlathon, we are also having a silent auction. My other son Zach is helping Cole with this incredible event. I'm so proud of my boys for doing this. I truly love the idea of paying it forward to this wonderful organization. Planning this event is also helping us cope with the loss of our son and their brother. We cannot wait to share about it. If you will be in the area of Washington, Pennsylvania on April 13th, we hope you will join us for this amazing event to support TAPS!