There are some defining moments in life that become forever ingrained in the memory and upon which all other memories hinge. For my family, that moment came knocking when two men in green delivered news we didn't want to hear. My brother wasn't coming home. 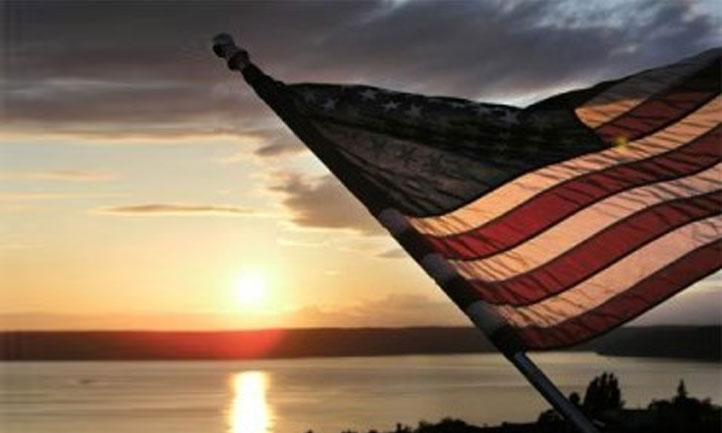 I don't know that I can adequately express what that means, but I'd like to share a few thoughts:

First and foremost, we've been forced into a club no one wants to join - The Gold Star family. While it's had its bittersweet moments, it's a solemn reminder that we are not alone, unfortunately. We are only one of thousands of families adjusting to life without their fallen service members. Google "casualties of war", and the numbers are staggering. With every passing day, the Gold Star family increases in size as newly-grieving members are forced into the ranks.

But we know that our losses are not ours alone. One of my most vivid and cherished memories is the rally of community support that we experienced. From grade-school kids lining the streets with flags in hand, to the massive flag suspended by the fire station… from the never-ending line of visitors, to the soldiers who stood guard around his casket. We were not… and are not… alone. Patriotism runs deep in our corner of the world, and I couldn't be more proud to say this is where I was born and raised and where I choose to live.

I learned at an early age what it means to be patriotic, but I never would have considered myself to be a patriot. Growing up, we spent Memorial Day marching with the high school band from downtown to the cemetery. We learned respect through scouting, our church and at home, and we could orchestrate a meaningful flag ceremony from first grade on. We could recite the Pledge by the end of Kindergarten and would do so at the start of every school day. We knew the mechanics of patriotism, but we never fully understood the depth or weight of the word.

Times have changed.  Sadly enough, there is no longer a Memorial Day parade. Countless adults stumble over the words to the Star-Spangled Banner, and even more don't know the difference between Memorial Day and Veteran's Day. Attendance at ceremonies is often disappointingly sparse, and the store advertisements draw more crowds than a twenty-one gun salute. But that's life, I guess. You never know what you have until it's gone.

Memorial Day.  Memory day. It's a day to remember our fallen and honor their sacrifice.  It's a day set aside to pay tribute to those who ensured our freedom by sacrificing everything they had. But in the end, it's just one day. My challenge to you is to re-think what it means to be a true patriot every day. I believe a patriot is someone who not only loves this country but who actively demonstrates that love by supporting and/or fighting for it. We might not wear the uniform, but we support those who do. And we mourn every loss as if it is our own, because it is.

Being a true Patriot means that we actively seek ways to honor the fallen by teaching the living.

Ah, memories.  Amid all the phone calls, the sympathy cards, the visits, and the casseroles, there was one question that was asked over and over and over again. And it was the one question for which I had no response. "What can I do to help?", followed by "Call me if you need anything." Well, I've had plenty of time to think about that, and now, I finally have an answer.

This is me calling… and here's how you can help: Speak the names of the fallen - Learn who they were, what they stood for, who they might have become. Visit a grave, buy a poppy, shake the hand of a veteran. Life is short and wasted opportunities can never be recaptured. When the anthem rings, remove your hat. It's a simple act but speaks volumes to those around you. Place your right hand over your heart - as you remember that the hearts of many no longer beat… just so that you can have the freedom to cover yours.  Actually pledge the Pledge of Allegiance rather than merely reciting it.  I pledge Allegiance to the flag of the United States of America…

Enjoy your freedoms by voting every chance you get. Better yet, take your children and grandchildren with you, and let them witness democracy in action. Thank the teacher who impressed upon you the significance of casting your first vote. When parades march through with our colors at the lead, be the first to rise and the last to sit. And when our beloved military passes by, get on your feet and lead the standing ovation.

Visit Arlington at least once so you can fully comprehend the cost of that silence.

Raise your own flag, whether at work or at home. And remember to replace her when she becomes worn. Know that children are watching. Adults, too. Never pass up an opportunity to be a good citizen. Do not partake in the chatter around you during the national anthem. Be the quiet example. Learn all you can in history class, because it really is important, after all. Exchange the attitude for some gratitude, and sleep knowing our nation is incredibly blessed.

Be a mentor, be a leader, be a patriot. Never miss a chance to model, to teach, to impress upon someone the sacrifices made on their behalf.

Make Memorial Day a way of life and not just a day.  Freedom is NOT free. The heartache, the tears, the anguish that accompany the receipt of a folded flag… they are all more costly than I can express.

How can you help our family? This TAPS community?  Honor our fallen by teaching the living. Simply put, be a Patriot. Every day.