On September 11, 2001, my children were young.  My oldest daughter, an attorney, was 29; she was to be married in November. My second daughter, a teacher, was 23; she was to be married in May. My oldest son was 19 and in his first year of college. My second son was 17 and a high school student; my youngest son was 12 and a grade school student. My wife and I were working within our professions. A dog and cat rounded out our normal middle class family in suburbia. We had no idea that our normal everyday life was about to turn into what we now call the new normal. 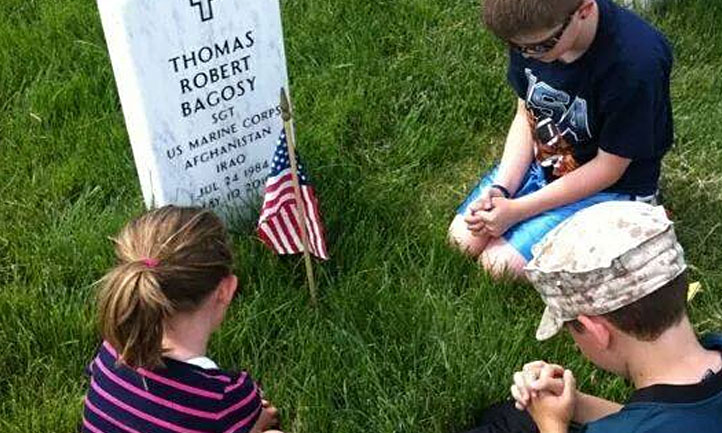 I have this memory of my wife and me with the three boys huddled on a bed watching the news of the terrorist attacks. Like all of America, we were stunned out of our complacency.  My wife and I understood that war had been declared on our country. With tears in my eyes, I looked at our three boys and understood that this would affect their lives for a long, long time. While my sons watched the attacks on TV, I watched them and their expressions. I realized that their seemingly lack of emotions were due to the technology era that had exploded during the 90s, and the realistic action movies where death and destruction were on TV on a regular basis, not real but  the perception of reality. So how did this tragedy match up with reality and our normal everyday life?

I started calling my family members to check on their safety and emotional wellbeing. I called my oldest who told us that her and soon to be husband had been in New York at the World Trade Center on September 9. They had dinner at the Windows of the World restaurant at the top of one of the towers. I called my older brother, who at the time, worked at the Newark International Airport in New Jersey. He told me he and his wife had watched the second plane hit the tower.

At time I worked for Chase Manhattan Bank.  My position in the company required me to work in Midtown Manhattan a couple days a week, and as a result this necessitated me to stay overnight at the Marriot hotel next to the World Trade Center. I would arrive in New York via the train which stopped at the World Trade Center. I would take the long escalator to check in at the Marriot and walk a few blocks to the Chase building. I was not in New York on September 11. I was scheduled for surgery in Delaware on September 12, so I too had a reality with this tragedy. It's as if we all had missed boarding the Titanic but still felt a kinship with those twin towers, and the people who had died there which has remained with us after thirteen years.

As for the Bagosy normal life, it pretty much continued until my son Tommy enlisted in the Marine Corps on June 5, 2004 at the age of nineteen. As a family, we all supported Tommy with his choice. Our family was proud of Tommy; we felt it was our family patriotic response to the safety of America. I watched as Tommy changed from a teenager to a mature Marine serving two combat deployments to Iraq and Afghanistan and a deployment to Japan. Tommy got married and had two children. Tommy had reenlisted for another four years and was well on his way to a career in the Marine Corps.

We, as his family, did not see another change in Tommy that resulted from his combat in both Iraq and Afghanistan.  His wife did notice the changes and was working with Tommy's command at MARSOC and with the doctors. Tommy did not want us to know he was being treated for a TBI and PTSD- both as a result of combat. We did not know but our new normal was on its way. On May 10, 2010 Tommy completed suicide while on active duty at Camp Lejeune, North Carolina.

We, his family, continue to live with this new normal.