The past few weeks have been exceptional for TAPS! We welcomed 40 military widows and widowed fiancées from all across the country for a healing retreat on the Emerald Coast of Florida in Destin. Retreat attendees went kitesurfing and paddle boarding, and did teambuilding activities. With each activity, participants gained empowerment. The women grew to know one another…ultimately realizing they were not alone in their grief. 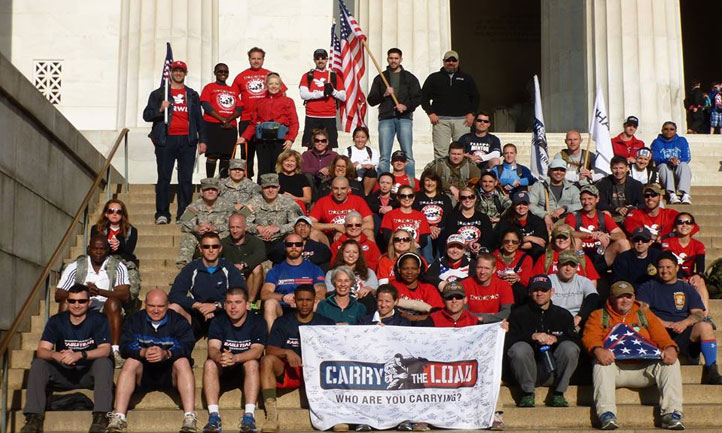 On April 26th, we welcomed 100 adults and a dozen children to Colorado for the TAPS Fort Carson Survivor Seminar and Good Grief Camp.  The two day event brought together grieving military families for a time of remembrance, hope and healing.  Adults attended workshops and share groups where they learned ways to cope with grief.  The children participated in the TAPS Good Grief Camp and met other children who lost a parent or sibling. The seminar's culminating event was the assembly of a mural that portrayed how grief impacts their lives and how families can grow through trauma. TAPS would like to thank all who attended, including our families, military mentors, volunteers, and staff.

On April 27th, the TAPS Run and Remember Team participated in the Oklahoma City Memorial Marathon, Half Marathon, Marathon Relay, and 5K. More than 25 runners ran in honor of our fallen military. We thank all who ran and cheered on our runners!

This past Monday, TAPS participated in Day 7, Leg 70 of the national relay, Carry the Load. We joined fellow surviving military families, veterans and supporters for this special walk from the Lincoln Memorial to Arlington National Cemetery. With each step, we honored and remembered America's fallen military and their service and sacrifice.

Our next TAPS Run and Remember event will be the Marine Corps Historic Half Marathon, Historic 10K, and Semper Fred 5K in Fredericksburg, Virginia on May 18th.  If you are interested in running with TAPS or sponsoring a runner, check out the Team TAPS Fallen Hero Signup page.