I am nearing the three year marker of my journey without Phil.  I never thought I could make it through a day without knowing he was in my life, but I am finding my footing and making my way.  While I have grown increasingly confident in my footing and in my purpose for my future, I still yearn for the man who chose me even when it cost him so much. There has never been a day that I haven’t wanted to share something with him or that I hadn’t had a quiet longing for.  I miss his friendship, his love and the joy he brought to my days.  I know that life has continued on; I have stumbled on.  Sometimes in the quiet moments the longing sneaks in.  Often times, that poke comes in my sleeping hours when I will awake with an acute sense of wanting and knowing all that has been lost. 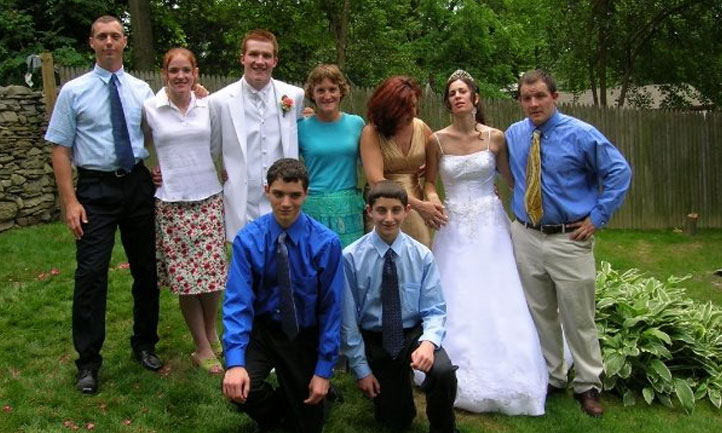 I do not have dreams of Phil.  I wish I did, but last night, I awoke in those hours where I should have been sleeping the best.  In fact, I haven’t slept through the night since Phil deployed.  I awoke and rolled over in a hazy state.  I reached out and breathed in . . . Then, I remembered.  I miss hearing his sounds and rolling over into him, knowing that he was next to me.  It isn’t as if he would have awakened, but it is in that simple act of knowing he was quietly lying or standing next to me that I knew all was well with my world.

I recently had some successes at my job, and also experienced a little bit of a health scare.  Both of those instances of success and fear made me wish for that quiet mooring of the man who loved me through the raging storms and in the quiet harbors.  He believed in me and in my strength even when I didn’t see it in myself.  He offered me a lifeline when I was too scared to try something on my own.  I hate driving.  I am scared and I never feel like I see well enough.  Phil would drive me to my appointments and places I wanted to go without complaint.  I was his steadying force through all of the military functions that he dreaded and felt out of place in.  We simply were better together and fear was negated as we stood and faced the storms together.

I will never forget moving to Germany with five children ages 11 and under.  I still remember the look on Phil’s face as we showed up to check out of our base house.  As we walked over to the inspection, we saw an older gentleman standing outside of our gate.  I commented that the inspector was early.  Phil said, “No, that is my dad!  What is he doing here?”  Yes, indeed it was Francois.  Francois had decided to come for an unannounced visit from Venezuela five years after we had married.  He had been so angry that Phil had married me at 21 and that he had so many children, but there he stood.  Phil and I looked at each other and began laughing until tears ran down our cheeks.  It was like that—the two of us standing strong through the storms.

On that same move, we called my mom hours before we were to fly to Germany only to be told that we had been diverted in route.  As we sat in stunned silence recognizing that all of our things were going to the wrong base and we no longer had lodging, a sponsor or school registrations, we laughed again knowing that somehow the two of us could get through the uncertainty.  We did indeed weather the storm of having a terribly sick baby who needed daily medical appointments for ten days, staying in a two room lodging room for two and a half months, not having a vehicle, and not having our things because we were able to draw strength in our weakest times by just breathing and leaning into each other.

In my quiet moments, I discover that I do recognize what is missing in my life.  I will never forget or stop missing the man I loved and who loved me well for what would have been 25 years last November, but I understand now what he was saying when he insisted on having that “what if” conversation.  As I made jokes and wanted none of what he had to say, Phil stopped me in my tracks by asking, “If you died first, would you want me to be happy again?”  In stunned silence, a light bulb ignited.  Why, yes, yes, I would.  He told me that is what he wanted for me. He knew I would eventually get to the point where I would be lonely, and I would realize that I have more life to live and love to give.  I recognize this longing now even as I hug my own side of the bed still.  I recognize I have that need to want to be a part of two standing strong against the storms and laughing through the tough times.  While I know that Phil is in my heart and the love we shared is irreplaceable, I also see that I have changed.  I am who I am because he loved me well and I loved him well. In quiet surrender I await the morning to sneak in.  As light comes, the piercing darkness is not so frightening.  A new day is dawning and hope is sparking as the rays of light start to pierce the darkness.  I wait in quiet expectation knowing that while I have the strength to make it on my own, I am thankful for the man who believed in me and stood with me giving me that quiet confidence even now.