I say it every year, but has another year really gone by? How is that possible? How can time move so quickly, but yet so slowly at the same time?  It has been four years. Four years since I last sent my husband to work with a hug and a kiss. Four years since that dreadful phone call bringing my world to a screeching halt. Four years since my husband died, and I was left to find my way in a world I never wanted to be in. A world in which my best friend, my partner, my everything, would not be here to be a part of. 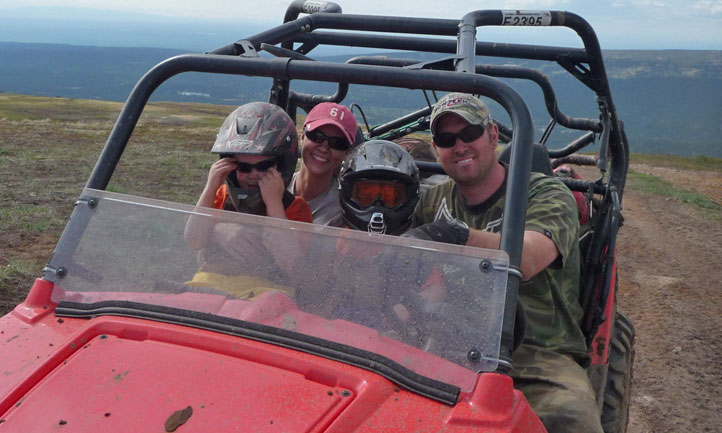 Many people think that as time goes on it gets easier, and there must be a magical time period when I will be back to my "normal" self. In fact, I have actually had people tell me that three years is this so-called magic number. Well, three years came and went and I am still missing my husband just as much as I did before. To be honest, I don't think it ever gets easier…you just learn how to deal with it differently, and there definitely is no magical time when you return to normalcy. This is the new normal.

Even now four years later, Jeff still consumes my everyday thoughts. He is always somewhere in my mind, but as the years have gone by those thoughts have started to change. At first, many of those thoughts were about the accident and the days and weeks we spent together before he died. Now, there are more thoughts about what it would be like if he were still here, how he would love to see his boys growing up, and wondering if he is proud of what we are doing. I miss him so much. It is still hard for me to believe he isn't a part of this world anymore. Well, at least not in the physical sense.

Yes it has been four years, but I still miss Jeff all day, every day, and there were a few times this past year where the sting hit extra hard. There were some big milestones and accomplishments reached that I wished more than anything he could have been a part of. Our boys had just turned 3 and 5 when he died, and he often said he couldn't wait for them to be just a little bit older so he could teach them about all the manly things he loved to do - drive 4-wheelers and snow-machines, go hunting and fishing, and he was especially excited to watch them play sports. This past year my oldest son Tristan played football for the first time, and his team ended up winning the championship! It was one of those moments that I could just imagine Jeff's excitement, and when I closed my eyes I could even hear him hooting and hollering on the sidelines! In a hockey tournament later in the year, my younger son Tyler got the championship-winning goal in sudden death overtime, and it was another one of those situations in which I could only imagine the excitement and cheers from Jeff in that moment. After the game when everyone was back in the locker room, I had to take a moment to myself as I was overcome with emotion. I had an overwhelming feeling, thinking how these are the moments that he should be here for, and it hurt so badly that he wasn't. In June, all three of us earned our black belts in Taekwondo and once again, after the first night of testing I couldn't stop the tears. We had worked so hard to accomplish this goal and it just hurt my heart that he wasn't there to share in that excitement. He was always my biggest cheerleader, and I would give anything to have him back.

Throughout the year, however, along with the sadness that he was missing out, I also found a new awakening within myself. I was finally ready to make some of the "moving forward" decisions I wasn't ready for before. Yes it took me three and a half years to reach that point, but I finally was ready to go through his belongings, and I gave many things away. Even bigger than that, we made the decision to leave our beloved Alaska and move back to the lower 48 to be closer to family. It wasn't really a difficult decision as it was always in the plans, but I just wasn't ready for it until now. I have spent much of the time since Jeff's death making sure everyone and everything were ok - my boys, our family and friends, the scholarship fund we created, our home, etc. Now I am seeing that maybe it is time to start taking care of myself as well, and maybe these decisions are a few steps in that direction. I do know that because I insisted on my own timeline (rather than giving in to those well-meaning people that felt the need to tell me what I should be doing differently), it meant that I waited until I was ready to make these decisions and was able to make them with a sense of peace in my heart. That in itself is a great feeling and made it all easier to do.

In one breath four years seems like an eternity, but yet in another it feels like just yesterday. It feels like forever ago that I last hugged and kissed him good-bye, but at the same time I can still feel his arms squeezing around me. I can still hear his last words to me on the phone as he stepped to fly. Within seconds he was gone but even so, I know that his presence in our lives will always remain. I will love him and miss him forever. Happy Angelversary, Jeff. Until we meet again…

"Love is like the wind: you can't see it, but you can feel it." - Nicholas Sparks