When Phil's candle burned out far too early, I snuffed out a part of me with him.  In the 23 years of marriage, I found a safe harbor to weather the storms in.  Before I met Phil, I didn't have laughter in my life and I yearned for a place to call home.  Marrying a military man meant that my idea of home changed from a location to a concept.  Home was wherever our family was together-it was him.  The shift in how I perceived my home made it easier to move often as we zig zagged all over the country.  The multiple moves made it easy to overlook the gradual shifting of how I invested in friendships and people, too.  The idea of home being a person and the shift in my friendships are the crux of my struggles three years from when my grief process began. 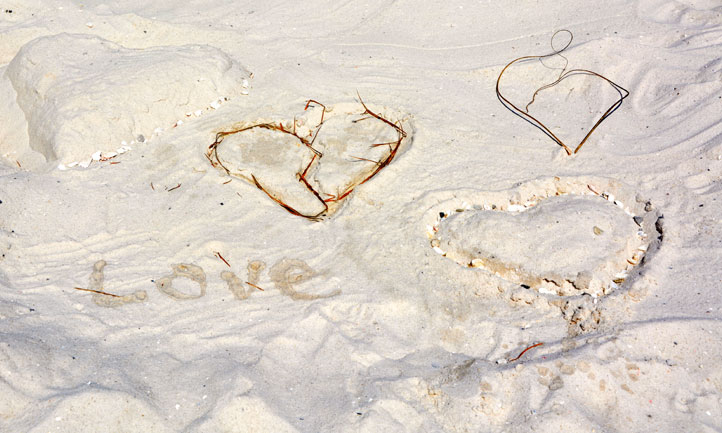 I stand on shifting sands. The past three years have given me a quiet confidence in my decision-making capabilities and it has given me a clear vision as to what matters in my life.  The sparks have ignited and propel me forward as I find purpose and positive growth in writing, educating, and speaking on military issues and the military family.  My faith stands unshaken and true, but as I look at the girl peering back in the mirror I recognize that there are essential questions that are unanswered.  My assumptive world view of growing old with someone, facing retirement together, and even thinking I would die before him are shattered.  I thought I knew how my life was going to play out; Phil's death obliterated my concept of future and my concept of where I fit.  The broken pieces trouble me.  Will life always feel this lonely?  Will laughter ever genuinely dominate my life again?  And….the hardest question of all, where do I belong?

Where do I belong?  I do not feel like I fit in any where.  I didn't consider how small my circles had become.  The longer Phil and I were married, and the more moves we made, the smaller our circles became.  I never realized how shallow my connections with other people were until Phil was killed and I realized that my friendships lacked depth in large part because I failed to nurture them by investing time, energy, and personal information.  I didn't have 911 friends-the type of friends that can read and sense how a person feels even if that person can fool everyone else.  I didn't have friendships outside of Phil where they would know the true feelings and would call me out with the "bull crap" meter.  My life had become Phil's life and vice versa.  He was my circle of one.

Because my circle was one deep, Phil's life consumed me and took over.  His life-style became mine.  I lived on military bases, worked on military bases, went to church on military bases, sent my children to military schools, shopped in the Base Exchange and commissary, went to military events, and did the duties expected of a military spouse.  While initially the military life was foreign to me, the lifestyle became familiar and comfortable.  At some point, I stopped recognizing the civilian lifestyles as being normal.  I didn't think about the shift, but as I became immersed and comfortable in the military culture that included lingo, rank, structure, discipline, physicality, living arrangements, rules, and even a time system foreign to many, my civilian life was eclipsed.  While I never wore Phil's rank in terms of entitlement, his choice became my choice.

Part of the cost of that choice was that my civilian roots and connections became very shallow.  I still do not know when that shift happened, but at Phil's death I realized that I no longer had deep connections with people.  In my shyness and in my frequent military moves, I learned to unintentionally keep people at arm's length.  Sure, I could make quick connections one on one with most people, but I only let people in so far.  I hid behind a mask of aloofness and shyness.  I truly invested every facet of my being into my Phil.  When his unexpected and unplanned death occurred, it ruptured all that I knew.  Not only was my soft place to land gone, the one person who knew me well enough to see beyond my outward masks was gone; my home, my people, my culture were severed.

As a military spouse, I was told that I had one year to figure out where I wanted to move (I have since found out that it can be waived for up to three years).  How do I know where I want to live?  I haven't lived in Boise, ID since 1979.  I am too old to go and live with my mamma and too young to go and live with my adult children who live all over the world as part of the military.  Part of the reason I work as a civilian military worker is that I am not ready to give up the camaraderie and familiarity of my adult life.  I am not ready to sever the one thing I still know.

While I have figured out that I will never be an east coast girl, I haven't figured out the rest of it.  I no longer fit with military families.  I don't fit in with married couples in terms of hanging out.  I feel uncomfortable hanging out in single's groups and even civilian groups because I am lacking the skills and the comfort level to absorb those cultures or places.     I am lonely and adrift.  I have found great satisfaction with work, running, and school, but where do I fit.  In the spaces between the holes in my heart, there is a longing to find a place-my place.  While I stand on shifting sands, I search for solid footing.  I do not think that I am unique in feeling this displacement.  In fact, I believe that many retiring military people quietly suffer the same feelings of displacement and longing for the culture that became second nature.  I do believe that after 30 years of living and being a part of the military community made this part of the grief process harder.  There are no words, but there is a quiet prayer, a silent longing, and an unspoken hope for something more-a place where I belong.