It's been three years and eight months since Tommy took his life on May 10, 2010, but who's counting? We all are. Everyone who had a son or daughter killed in action in Iraq or Afghanistan, by accident at home, or by suicide. We all remember the date and time. It goes back to all the wars our country has fought. At times we cry for the loss of what might have been…the marriage and grandchild that will never be, the college graduation that will never occur, and the precious holiday traditions that they will miss each year. There are a thousand individual events that occur where each family feels the loss. Things left unsaid; regrets for a life lost so young. 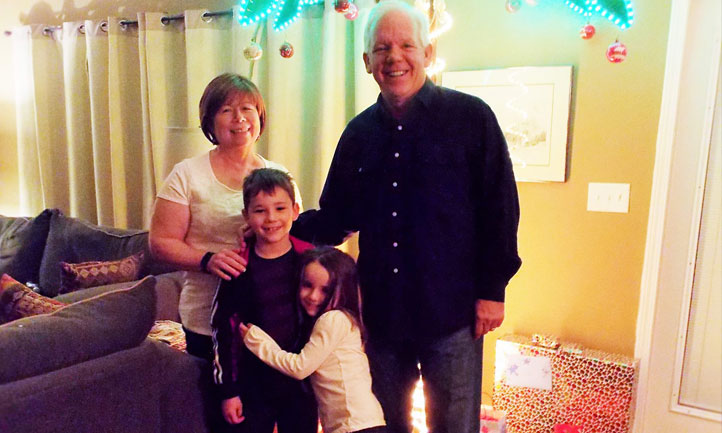 Sometimes there are moments that seem almost normal; this Christmas season started out as one of those. Iris and I decided to travel to visit our family in Pennsylvania and Connecticut. We packed the car the night before we left. We celebrated Christmas early in Georgia with Tommy's widow, Katie, and their two kids, Nathan and Avery. We did not decorate the house this year or put up holiday decorations outside. We did, however, put up the 13 year old lighted palm tree which is eight feet tall. We purchased it in Delaware; it was an outdoor decoration that Tommy, Mike and David liked. When the grandkids saw the palm tree, they laughed. I reminded them that they will always remember the crazy Christmas tree at Pop-Pop's house in Georgia.  Photos were taken, gifts were exchanged, and good times were remembered.

Something else happened this Christmas season, a random event. You see, since May 10, 2010 I have been investigating the circumstances of Tommy's death. I requested and received the NCIS report, the autopsy report, witness statements, and conducted interviews with Tommy's battle buddies. I requested and received help from the Commandant, and spoke with the President in the White House. I have cried and grieved for Tommy. I have volunteered with TAPS. I became a peer mentor to other fathers. I have accepted Tommy's death. The only thing that needs closure is the Marine Corps award committee statute of Tommy's Purple Heart. The Marine Corps originally stated that all IED Purple Heart investigations required the Marine to be unconscious as a result. The requirements were changed and now the Marine has to have medical records showing he/she was treated by a corpsman as a result of an IED.

On December 10th, I placed a picture of Tommy, Katie and their kids on my Facebook page. Shortly after, I received a response from a battle buddy of Tommy's from Iraq. The Marine told me he served with Tommy in Iraq. When asked if he was with Tommy during an IED incident in 2006, he said he was not. However, he provided the names of those who were, one of which was the turret gunner in the vehicle who had received a Purple Heart. I sent a follow up message to the Marine gunner, and he responded that he had been in the vehicle with my son, and three other Marines when it struck an IED. As a result, the gunner was knocked unconscious and was not breathing. Tommy saved the gunner's life with resuscitation. We have since shared several other messages and emails since December 10. He has agreed to speak with a member of the Marine Corps award committee.

You see, the military misplaced my son's Iraq service record and his Iraq medical records.  To this point, I did not have any witness to the IED event where Tommy received the wound to his brain, a TBI. Today--seven years after the IED, and three years and eight months since this wound claimed Tommy's life--we finally have several witnesses. As I explained to the Commandant, I want this Purple Heart for Tommy's son and daughter. I want to show he was wounded, and he died of his wound, a TBI. Tommy's children need a reason for his death.

So my normal Christmas season was turned upside down, Tommy returned to my dreams and followed me to Pennsylvania and Connecticut. I returned to grieving full time again. So the moral of this little story is that the pain of your child's death never goes away… just when you think you're returning to a somewhat normal life, that old man grief comes and smacks you upside the head. The final chapter in this story, even though this Purple Heart award if granted will bring closure to my investigation, it will never bring closure to our family.