I started at New York Life seven months ago and heard about TAPS on my first day. Since that day, I had been looking forward to attending the National Military Survivor Seminar and Good Grief Camp in Washington, D.C.  The idea of spending Memorial Day weekend assisting military families in some small way was something I was truly looking forward to doing. 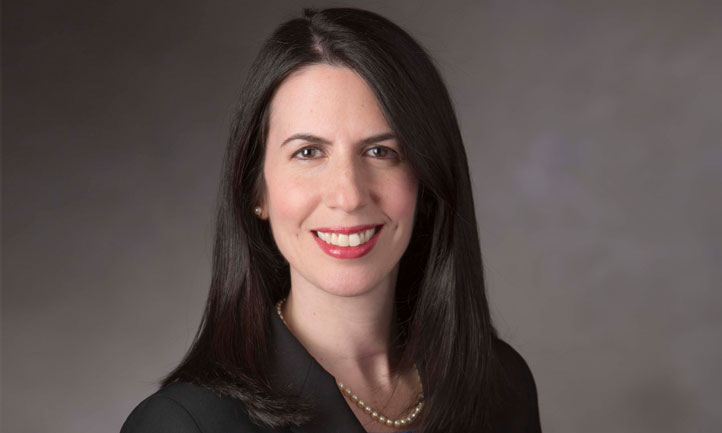 In addition to being excited, I was also a bit nervous. While we fund numerous bereavement camps and programs at New York Life, and I had met and spoken with countless professionals in the field, this was my first real-life volunteer experience with a program.  How would I react to the sad stories? What would it be like to meet children, spouses and parents who had suffered such an incredible loss?

The experience was more than I could have prepared for, and it was truly inspiring - and fun! The positive energy was evident from my first interaction with an eight-year-old who pegged me in the face with an inflatable doughnut. The children I played with in the family lounge were able to let off steam, forge lasting friendships and just be silly.

After registration on Friday, the children broke up into their groups and met their mentors. I learned while it may take a few minutes or a few days, the children bond with their mentors and peers; they start to share and interact with their group.  The research tells us that children who experience a loss need to feel like they are not alone, and they need to be able to communicate their feelings. TAPS allows them to do this at every turn.

I met a woman on Friday who was returning with her three girls for their sixth weekend.  She told me about what an asset the camp had been for her and her children. In addition to the fabulous mentors (one of whom had been with her daughter for five summers), the children themselves become role models and mentors.  She told her girls that it was now their turn to show the kids who recently lost someone that they could persevere and find a way through their pain.  That feeling of kinship and shared experience truly sets TAPS apart.

At the dinner on Saturday night, I thought about the huge sacrifice so many make for this country.  But then I looked around at the people in the room who had lost so much and yet soldier on (pun intended).  They don't forget their loss; it is ever-present. But they do what they have to do to provide for their children and preserve the legacy of their loved ones.  On that night, they allowed themselves to have a little fun.  They danced to the USO performers, shared jokes with their new friends and began to see a way forward.

The TAPS family is really just that - a family.  The event feels like one big family reunion with a matriarch (Bonnie), some wizened elders, many children running around, some eccentric aunts and uncles, and some new members meeting the family for the first time and looking for acceptance. After the weekend is over, those new members are not only part of the family, they're thinking about who they'll bring to the next reunion to be embraced by the group.

I want to thank the TAPS family for allowing me to share this experience. It is one I will never forget and intend to repeat.

For more information on getting involved with TAPS, visit the Support TAPS  web page.