I had the privilege of spending New Year’s Day with my third-grade scouts, shivering at our local state park. What was intended to be a lesson on conservation and environmental responsibility for them turned out to be yet another life lesson for me. Nothing like a chilly 20 degree day and my own words to clear the holiday fog from my brain. 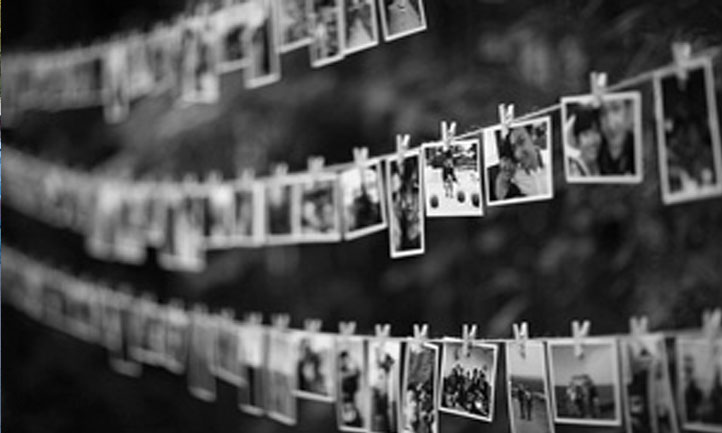 Before I explain all that, I need to tell you a little about where I am in my own journey. For many reasons, this has been a tough holiday season for me. We’ve experienced unexpected job loss, sent a child off to college before I was ready, and faced illness for which there is no cure. I’m simply tired. Worn out. Defeated. Discouraged. Exhausted. Just plain S-A-D. I’ve had enough.

I guess I assumed when I started this journey more than nine years ago that it would get easier, but it hasn’t. I can’t really say that it’s gotten more difficult, because it hasn’t really done that either. It’s just different. This little side-trip into the land of grief began Easter Weekend of 2005 when two men knocked on my parents’ door, informing them that their son – my brother – wasn’t coming home. I hadn’t really considered how long this “adventure” would last, but I certainly never thought it would drag on this long. Then again, I don’t know that I have ever had reason to consider the time table of misery before. Had I been given a choice, I would have ditched that plan altogether, packed a bag and brought my brother right back to his big old house right around the corner from mine in our itty bitty town, where we could keep him out of harm’s way. Unfortunately, I wasn’t consulted on the matter, and we buried him instead. (I like my plan better, just for the record.)

Anyway, so here I am hanging out with my buddy “Grief” and missing my brother like crazy, feeling very much alone in my chaotic corner of the world, and this thought constantly runs through my mind: memories are finite. The thought first occurred to me this summer while attending a siblings retreat and has been spinning in my head ever since. As we were sharing stories of our loved ones that weekend, a service member approached our group and began to tell about his own memories of a fellow survivor’s brother. And while I was genuinely happy for this sibling that she had been given this precious gift, I was suddenly envious. I wanted to hear new stories about my own brother. New tales I hadn’t heard, rather than the same series I kept replaying like a broken record. That’s when it hit me. What happens when the stories run out? What happens when there is nothing left to tell? When no one remembers? When enough time has passed that even I forget the details myself?

There will never be new memories with my brother… just old ones I choose to recycle.

And that’s what got me to thinking about the significance of memories. To a survivor, memories are the life-blood that nourish a battered soul. I wonder how many times I could have shared a memory of someone else’s loved one and didn’t? How many times have I withheld that simple gift only because I didn’t realize the value it possessed? One of my most cherished memories of my brother’s funeral is all the dialogue with those who came to pay respects. The laughter that came from hearing tales of a life well-lived. From the nonsensical elementary school relationships to the high school shenanigans and adult friendships, each gave me a little window through which I could see my brother from someone else’s perspective. How awesome to be given a pocketful of new memories, shared by others as they said their final goodbyes. After all, he was my battle buddy through the sibling rivalry of youth long before he put on a uniform and led others, and those memories were of a different Michael. A younger, rookie version of the military man he became. Somewhere along the line, he grew up and became an intricate, irreplaceable being in the lives of so many others. How disappointing that I didn’t realize the significance of that until we all gathered around his casket. No wonder I’m sad!

These sacred little memories, tiny snippets of proof that he once lived, are all that I have left. Sure, I have some other tangible treasures I’ve hoarded along the way, and I have a small collection of my favorite photos of him, but there are no new memories with him. What I have is all I will have.

And so it was on this chilly New Year’s Day that I was telling my scouts about the merits of “Leave No Trace.” There are several key components, but the gist is this: Leave nothing but footprints… and take nothing but memories. As I was speaking these words, my brain switched gears, and I was no longer thinking about the trees or the land. Of course, I was still thinking about conservation, but I had clearly transitioned to preservation. Of myself.

Leave nothing but footprints. Michael certainly left his footprints everywhere he went. In the hearts of those who loved and respected him, he made his mark, and those prints are forever embedded in our identities. Whether by virtue of being friend, co-worker, family member or acquaintance, his life impacted those he met. And even those he didn’t. I wonder… Where am I leaving my footprints?

Take nothing. Take nothing but memories. It’s a universal truth that when we die, we take nothing earthly with us. Not even memories. They get left behind, swiftly gobbled up by survivors, hungry for comfort food. While it’s true that my memories with Michael are finite, those memories are mine. All mine. I can clutch them tight and suck the life out of them, or I can share them… and make new memories with those he loved. Memories, whether vintage or new, give flight to our feelings. They capture life. They never die, and they never disappear. They are the magic that transform heartache to healing and sadness to joy.

I’ll never understand why things happen the way they do, and much of the time, I’m just too tired to even contemplate it anymore. But I have my memories, both old and new. And for that, I am grateful. They are enough.