I have a dress that sits in the back of my closet.  I wear it on special occasions.  This dress is special to me not because it is anything stunning to look at, but because of what it has come to represent.  To understand the dress and its impact on me, one must look at why I bought the dress...rather, who I bought the dress for.  I bought the dress on a whim while Phil was deployed.  I bought this navy polka dotted dress just after I booked what would have been our first trip ever without any of our children.  We planned to meet in Venice in October 2011 for Phil's two week R and R.  I made plans to have pictures taken in the dress.  I planned to send the pictures for Father's Day with the simple message, "I will be the girl in the polka dotted dress stepping into your arms come October."  Instead, I wore the dress to his funeral. 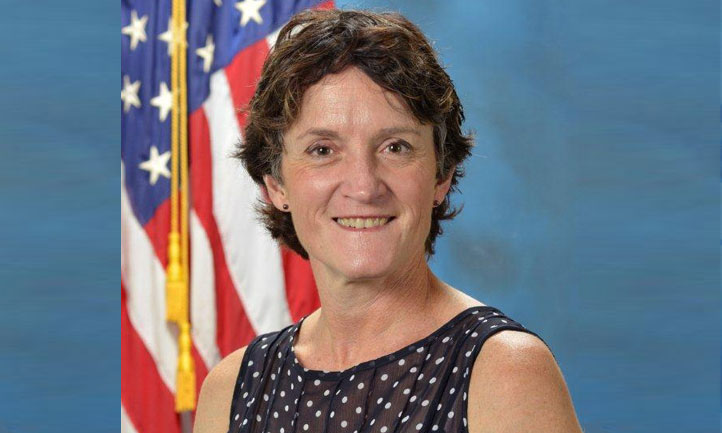 In this simple dress, I find bravery and the strength to face down my fears.  I find a quiet confidence because instead of reminding me of what I no longer have, it reminds me of what I did have and it reminds me that I cannot let the assassin have me too.  My knees may shake, but in this dress, I find the new Linda.  I have worn this dress for many interviews, days that poke my heart, my dad's funeral, and today, I donned this dress to begin a new job.  This job is not a job I ever would have considered prior to Phil's death, and this job required me to return to school for another degree, but this job is the job the dress gives me the push to do because I have changed.

Perhaps it is a choice or a shift in paradigms, but the dress that once represented reconnecting with a man that I will love until my dying breath now shines for the Linda he always knew was there.  Today, I donned "the dress" to celebrate my growth and the broken heart that led me to get another degree so that I can work with my military family and help so that maybe somewhere, somehow, I can put a band-aid on someone's brokenness.  Before Phil was killed, I could never have imagined standing in front of thousands, being on television numerous times, being published, and being asked about military matters.  I loved teaching-still do-but right here, right now, this dress represents the fire that is blazing within.  It is deeply humbling to see the woman I am becoming.  I still do not feel comfortable in my own skin.  I still feel like the girl who was content to live in the shadow of her military soldier and her five children.

In a strange twist of fate, I have become a better version of the girl I once was.  I trust myself more and I value my relationships more.  My dreams ended on 27 April 2011, but the dreams that have risen from the ashes have given me a voice and vision into meaning making. Where I once could not see myself as anything but as a wife and as a mother, I have become a simple mouthpiece for military loss and personal growth through that loss.   The dress has become a beacon of light during some of my darkest moments because each dot represents the tears of my broken heart, but the sea navy blue shines with fire tested iron.  I may not want to do some things.  I may not feel equipped to do other things, but in this dress, I can do anything.