In January of 2012, my son Airman 1st Class Cody Scallorn took his life at the age of 18. I realized very quickly there were going to be so many important things in life he would no longer be a part of and experience. I also soon came to the realization that he would be missing important milestones of his own. This past June, my first born and only son would have celebrated his 21st birthday. I knew this would be a very difficult birthday to endure, and I wanted to be able to embrace it with open arms. I didn't want to sit quietly and drown in my own sorrow. I strived to find a way to not only celebrate his life but to honor him as well. 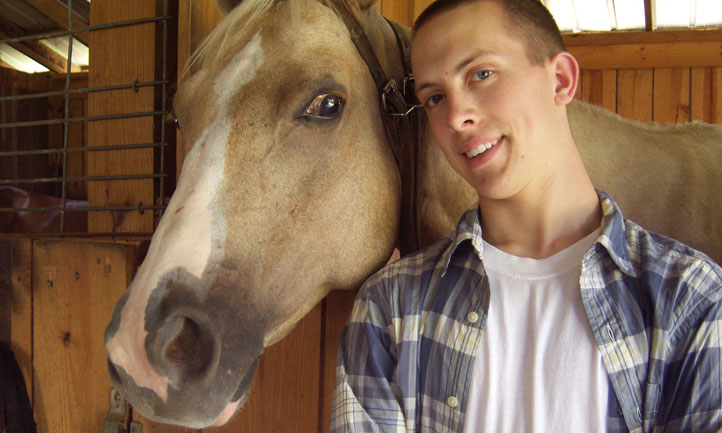 I decided to ask others to honor Cody on his birthday by performing random acts of kindness for others. My son was a very giving child and had an amazing heart. Cody would always find a way to help his friends and strangers alike. He was always there to offer the shoulder to lean on for his friends who may have found themselves going through a difficult time. He offered advice to those who were struggling and encouraged them to become better people. In high school, he was in JROTC and helped initiate an angel tree program for children who were less fortunate. He also volunteered his time to collect food and help deliver turkey dinners to those in need.

On the day of my son's memorial, as gut-wrenching as it was, I was so honored to have his family and friends speak of Cody. I knew my son was an amazing spirited person, but that day I truly learned just how compassionate and inspiring he was to others. Cody's friends approached the podium and spoke to the 300 people about how he had encouraged them to do better in school and that their education should take the fore-front. He helped others decide to join the military and serve our country. He encouraged another to buy a bike for an underprivileged child instead of a video game for themselves. He truly was an angel that graced this earth.

I could not have thought of a better way to celebrate my son than to honor him by having others share random acts of kindness on this milestone birthday. These are things he would be doing if he were still here on this earth today. By doing this, others were helped and I know how very proud my son would have been of me to initiate something like this. It truly helped me by seeing people post on his memorial web page of their generosity to others in memory of my son. Instead of great sadness and tears on this special birthday, I had smiles from ear to ear knowing that good deeds were being done. Even in my son's death he still finds a way to inspire me.