Just when I thought things were getting more normalized, life changed. I was a school teacher finishing up the last couple years of my career, my husband Ray was busy working as a stockbroker, and my two kids had just graduated from high school and were preparing for the next phase of their lives. My son Nick joined the Army. After basic training at Fort Benning and then being stationed at Camp Casey in South Korea, he got orders to deploy to Iraq. 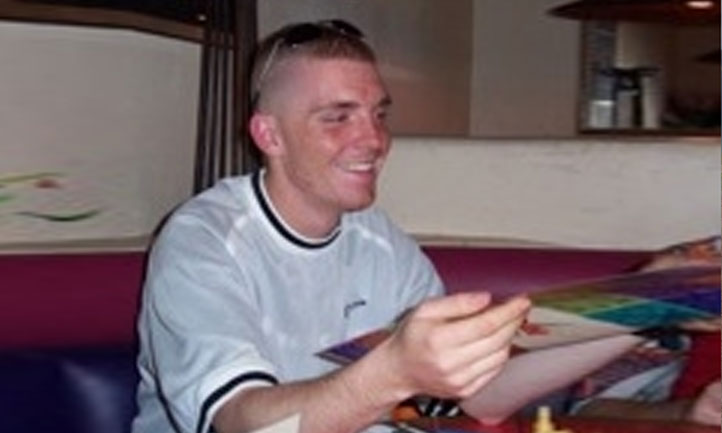 We got to see Nick in June and I felt a sense of impending doom when Nick informed me that their starting date was 9/11. We did get to see him in February of 2005 for a few weeks when he was on leave. But he wasn't the same. The war had definitely changed him, and I was quite concerned. I got him to the plane on February 24, never knowing that this would be our final good-bye.

Life continued. I taught fourth grade, Ray worked as a stockbroker, and Becca was attending her first year of college, working and doing very well. Little did we know that life as we knew it would change dramatically on March 11, 2005 with a knock on the door at precisely 6:15 p.m. Twenty-one years after Nick came home from the Neonatal Intensive Care Unit, he lost his life in Iraq.

Shock, denial, sadness, isolation, withdrawal, lost reality, and deep dark depression ensued. Life was not good. Then, after months of feeling like I should've died also, Becca and Ray helped to get me back into life. I started going to every group I could possibly find, only to find nothing that fit my needs… until TAPS!

The 19th Annual National Military Survivor Seminar in 2013 was my fourth year at the TAPS national event. Attending the seminar felt great. I had become a TAPS peer mentor, and had worked through so much with therapy, journaling, and help from TAPS. I felt like I was not only receiving, but giving back to others. I felt in control of myself, not borderline emotional. During the seminar, I participated in many activities, talked to many vendors, and spent time connecting with survivors. We went to many interesting workshops and learned so much. We were treated to great food there and reconnected with people we had grown to know as our "new family."

But on the Saturday of the conference, Ray was not feeling well, and we assumed it could just be heartburn. We thought that a walk might be beneficial. But soon Ray was sweating profusely, his left arm was tingling, and he was not able to keep up with me, which was unusual. We made it back to our hotel room and Ray collapsed. I called 9-1-1 and pretty soon we had eight emergency medical technicians and firemen in our room. During this time Ray lost consciousness and heard Nick say, "It's not your time, Dad!"

Then, off we went to the hospital. Ray had had a massive heart attack and was in the hospital for a week. My question throughout the ordeal was "Why now? Why here?" And the answer soon came to me: we were surrounded by our TAPS family and I felt supported by so many. Throughout his stay, our TAPS family visited and called and really made him feel loved.