When my son Tommy completed suicide the day after Mother's Day in 2010, he ended his life and in the process changed a lot of other people's futures. People who complete suicide may believe they are doing everyone a favor by ending their misery, but in their need to end their pain they can't see the consequences.   On May 10, 2010 Tommy changed my life and the lives of Iris (his mother), Katie (his wife), Nathan (his son), Avery (his daughter) in addition to the lives of his siblings, grandparents, friends, and fellow Marines. 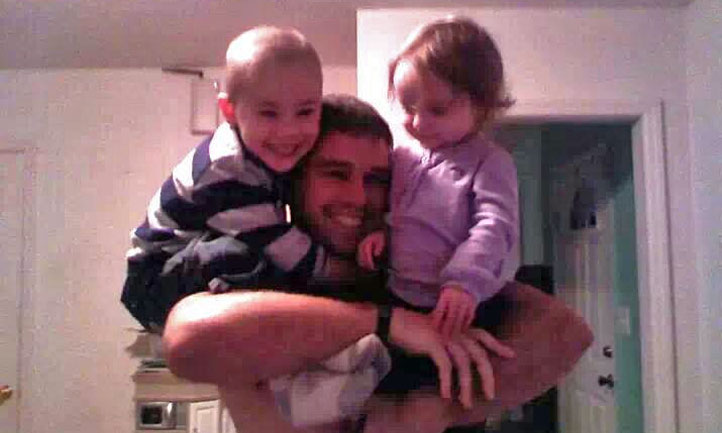 So how did one young man affect so many people by suicide?

In the last four years, I spent a lot of time interviewing people who knew Tommy and researching his suicide. I've felt angry, miserable and depressed.  I've asked time and time again, "Why would my son do this thing called suicide?" Each time I spoke with Tommy's wife and his children, I could feel their pain and grief from losing somebody they loved. I would walk away feeling more depressed. I would ask myself, "When is this pain going to go away?"

I've read the books, attended grief counseling and joined groups such as TAPS, the Travis Manion Foundation and the MARSOC (United States Marine Corps Forces Special Operations Command) Foundation. I've spoken about Tommy on the radio and at DOD/suicide events all across the country. I interviewed Tommy's battle buddies from Iraq and Afghanistan, and I've spoken to the President of the United States at the White House, the Commandant of the Marine Corps, the Assistant Commandant of the Marine Corps, the Commanding General of MARSOC, and Tommy's platoon lieutenant in Iraq. I have been interviewed by various professionals in suicide prevention and CNN reporters who published Tommy's story. For the last year, I have written a monthly blog for TAPS. The more I pushed, the more I learned.

So you may wonder what I learned that I didn't already know about Tommy.

I learned from my grandson that he is angry and hurt that in the last four years he lost not only his daddy, but he lost his sister, his mother, his home, and his innocence. Nathan tries so hard not to cry and tries to be the big boy, but you can see the sorrow in his face and the pain in his eyes. I've tried to be a male role for Nathan, but he needs a father . . . not a 66 year old grandfather. Recently, he asked how his father died. He told me the boys at school were asking. Nathan is proud that his dad was a Marine, but he needs to know how his dad died. I have told him his father was wounded in battle and received a wound to his brain which caused his death. I have been trying for the last four years to have the Marine Corps approve the Purple Heart for Tommy. I hope the Marine Corps will approve the award, and present it to Katie, Nathan and Avery at Camp Lejeune which I feel would be the honorable thing to do. Hopefully this will be the catalyst that will change the hurt to pride.

I learned from Tommy's battle buddies that Tommy was funny, a very good NCO, a hard worker who could fight when the time was necessary, and a good friend to many. I learned he would not expect one of his Marines to do something he would not do, and he treated his Marines with respect and they respected him. He was brave, resilient and resourceful. One Marine told me how Tommy saved his life, not in battle but during this Marine's battle with PTSD. He shared how Tommy helped him by listening and giving encouragement; now that Marine is helping others. I am very proud of Tommy and how he helped others, but I'm still perplexed on how he could not help himself.

In my journey, I've also learned how grief can bring you down when you least expect it . . . a song, movie, picture or video can bring you to your knees in pain and tears. I've learned that we all grieve in our own ways. My father did not attend Tommy's funeral and it still hurts today that he didn't come. My father died in March of this year.

I've learned that people who ask how Tommy died don't know how to react or what to say when I tell them that Tommy died by suicide. I have to comfort them sometimes.

I've listened to the tears from Tommy's widow and watched her cry so many times. I've watched Tommy's siblings try and cope with grief and witnessed how alone they often feel as they try to understand.

I've listened to Tommy's mother express many times how she could not think about Tommy without crying. People often say the death of a child will break or make a marriage. We struggle with Tommy's death.

On this journey, I've found people do care, and they want to say the right thing but don't know how sometimes. I have made new friends through TAPS, the Travis Manion Foundation, and the MARSOC Foundation. I rediscovered old friends from many years ago and they care. I have lost and found my faith in God. It's still a work in progress.

I believe that my quest to know Tommy was successful, but I still realize I will never know why. I will continue to love my family and take care of my grandchildren.