August 19, 2011 was a day that I will definitely always remember. It’s not a national holiday by any means, but it is a family holiday and a day that will forever be celebrated, honored, and remembered. I vowed to love, honor, cherish, and obey…in sickness and in health, till death do us part. August 19, 2011 technically was the day death did do us part, but I don’t think that physical death counts…the love between us still lives after August 19, 2011! 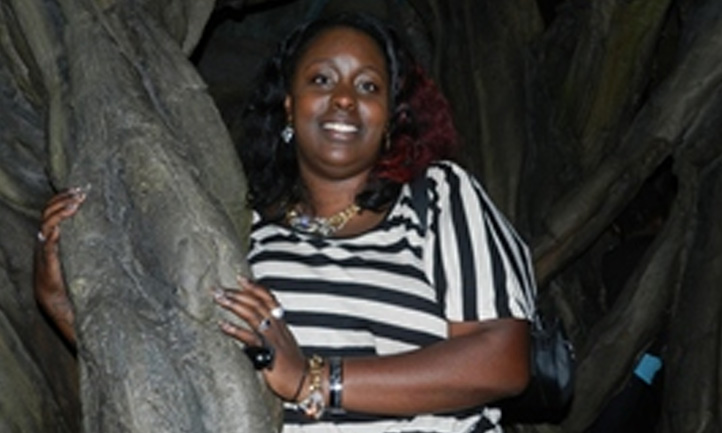 From August 19, 2011 to August 19, 2012 was a year I missed. I vaguely remember any of my day to day comings and goings that year. I faked my way through that year like Miss America fakes her beautiful crown winning smile. I didn't know my left from my right…all I knew was I had to keep pushing forward. I remember looking on Kindle and coming across The Little Blue Engine That Could and I read it.  For the first year that book became my motto: “I think I can…I think I can…I think I can…Woo Woo” and so I tried. I got up in the mornings and sent the children off to school each and every day.

Then I would just lay back down in the bed after they left and leave it at that for the day. I conjured up some energy to cook and unpack at least 1 box a day, but that was about it. The children understood things weren't going to be the same for us, and they knew that mommy was sad. They tried all they could to keep me smiling and smothered in love…from that I was able to gain a little piece of hope. My boys definitely were my strength and the reason I would soon be determined to turn things around.

Now I sit here in the second year, or as I like to call it round 2. The first year I allowed myself to be beat up a little by grief and consumed by the pain and heartache of my loss. For my second year, I have vowed to not allow that to happen again. I had a heart to heart sit down with myself and decided that things were going to change this year. I am not the same person as I was before that fateful day, and because so much has changed since then, I cannot expect myself to be that same person again either. I came to realize and had to understand that because Dre died, didn't mean I died too. I kept hearing people say to me, “Well I know a part of you has died with him.” That my friend is not true…yes Dre died, but that doesn't mean he still doesn’t live on and that we don’t live on together. I had to be honest with myself.  I looked in the mirror and I didn't like what I saw at all. I vowed to move on and do things the right way (whatever that meant). I was celebrating all holidays, except Thanksgiving. I still have issues with that one, but that’s another story. I was going to more memorial events. I was even starting to hang out with friends, having girls' night out and enjoying myself. Round 2 is my chance to do things differently and try to have fun and live life again. Just because Dre’s body died doesn't mean his spirit has and I know for a fact it hasn't.  I feel him around me every day and that is worth living for.

Death is not easy to deal with...at times we shut ourselves down and close out the world. We have to remember, though, in order for their legacy, their story, and their memories to carry on, we have to continue to carry on ourselves or it ends with us. Live not just for them but for yourself, love not just them but yourself, and laugh not just at their memories but at the new ones you’ll create in their name.