Veterans Day, for many, is the celebration of our men and women in uniform. For myself and family, it is the day we lost our husband, father, son, brother and friend.  SSGT Stephen M. Schaefer (USAF) was 31 when he died that morning as a result of his service in Desert Storm.  This Veterans Day will mark the 20th anniversary of his death. Sometimes it is as though it were yesterday and I can recall each moment, and other times it was many years ago and all a fog. 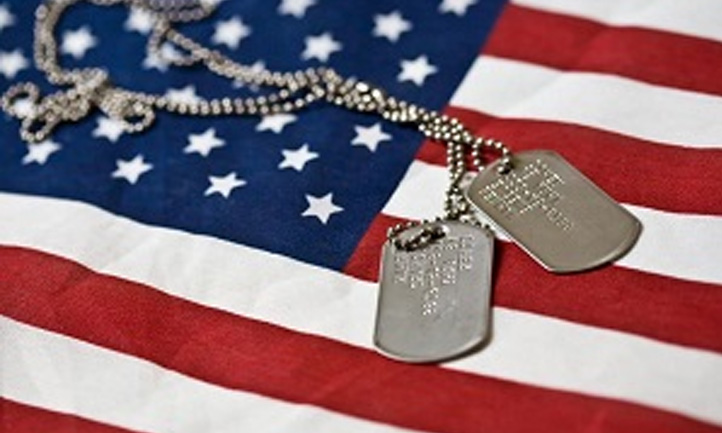 We had 5 children ranging in ages from 9 months to 9 years old. I remember holding the youngest in my arms, looking at his siblings wondering how will I make it through this day?  What am I going to do? Why is this happening? My life was shattered and the world we had built together came crumbling down.  When the last family member left after the funeral, I remember this horrific feeling that I now was totally alone and had to do this by myself.

The year was 1994 when the lady from the mortuary called and gave me a number in DC for an organization that helped military families.  When I called, the nice lady said they were having an event that Memorial Day and asked if I could come.  The thought of putting 5 little ones in the car and driving even down the driveway was daunting to me so I passed. As wonderful as it sounded, at that time in my life it was impossible. It was several years later that I reconnected with this organization and attended my first TAPS weekend in DC. How wonderful and gentle they were with my children and me. I felt an instant family presence there and understating I had not felt since Steve's death.

It would have been very easy to become bitter and angry at the military and our situation.  However, I remembered the life, dedication and service each of the people we had met over the years had given. I recalled the sacrifice of military life, long hours, remote tours, deployments, and death.  These people are so special that serve and their families that stand behind them.  They raise their hand to say I love this county, I will serve this county, and I will die for this country. I wanted to always support these incredible individuals and families for what they do for us each and every day.

I cannot say that life was wonderful all the time.  The kids and I had each other, and we were blessed with amazing support from family and friends.  The many times I wanted to throw in the towel and run away because I was so overwhelmed, they were there to encourage me and help me move on.

My children are grown now and my only daughter became engaged the other day.  All I could do when she gave me the news was to think back to the day I was so lost, overwhelmed by grief. I had no idea of how to even breathe, let alone how to raise 5 children by myself.  Yet, in all honesty, it was those five little children that kept me moving forward every day.  Without them I'm not sure what would have happened to me in life. They truly are my greatest blessings in this world.  Along with them I had the encouragement and support of so many people and TAPS ….how could I have ever failed?

If there was anything I could tell a new widow or widower it is that you will survive.  That hole in your heart will always be present because you lost someone that was a part of your heart. But there are those that can help you move through your grief.  These people are sometimes ones that you did not meet until the death of your loved one, but ones that come in when you are at your darkest hours, take your hand and say "I'll walk this journey with you."

Thank you TAPS, family and friends for helping me through my journey and helping me find ways that I can now walk with others and be there for them.