On Wednesday evening, TAPS brought together 60 special guests with CNN anchor and author Jake Tapper at a reception and signing of Tapper’s critically acclaimed book, The Outpost: An Untold Story of American Valor. Bonnie Carroll introduced Tapper and showed a compelling video about TAPS and the impact TAPS services have on the families of America’s Fallen Heroes. 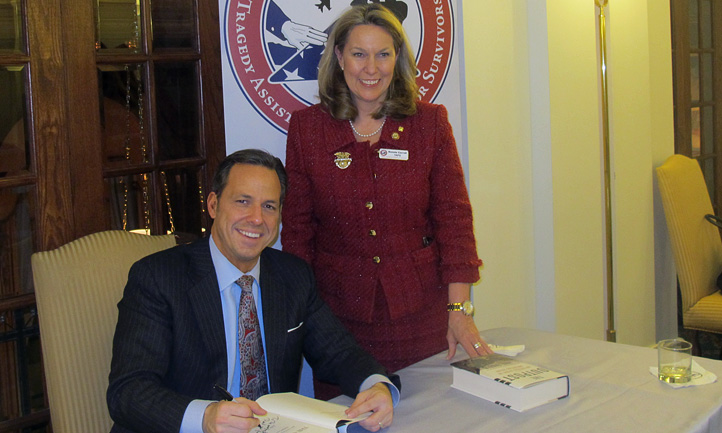 Tapper gave moving remarks about how he was inspired to write The Outpost when he sat in the hospital after the birth of his son and saw the news that 8 soldiers were killed and 22 wounded on October 3, 2009 at Outpost Keating in Afghanistan. He realized that these men were also someone’s son and he felt the need to tell their stories.

After his remarks, Tapper signed copies of The Outpost and took photos while guests enjoyed the lovely reception at the Army and Navy Club of Washington, D.C. Proceeds from Tapper's book go to support four nonprofits, including TAPS. Please visit Amazon.com to purchase The Outpost, and help support TAPS.