Survivors wrote this week about special places they shared with their loved ones. Several people talked about going to a particular location on the day such as a birthday when they celebrate the life of their loved one. Let us share ideas of what we have done or plan to do to commemorate that particular day, so the question for next week is: What do you do to observe your loved one’s birthday? I look forward to reading your answers. 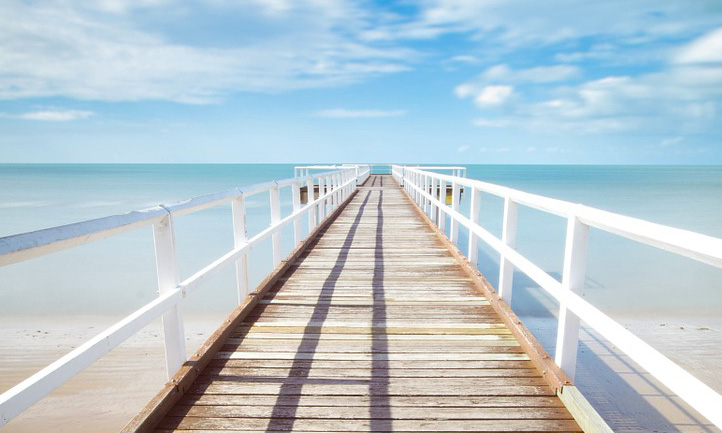 From Bill, surviving father of Brandon: There are so many special places and as I pass them on my journeys, I look at them with tears of joy and sadness knowing that he was here, but yet never more. One spot would be in our garage where we spent a lot of time teaching each other so many things. Seven or eight months after his death, still in a fog, I went to the garage trying to stay busy. One afternoon I came across a note written on the back of a small box on a shelf and as I turned that box around the words, “I love and miss you Poppa, with all my heart. Your son, Brandon,” struck me like a lightning bolt. I saw it as him telling me that he knew that he was loved and he needed me to know that in our garage. The spot!

From Tammie, surviving mother of Gregory: I thank God for my TAPS, family, because when I read the responses of others and how they cope and survive through their great loss, it makes me feel like I'm not losing it. We all share some of the very same feelings and emotions. I just celebrated, Gregory's 27th birthday on April 21st. He was born with asthma and he was a fighter from birth. I'm a nurse today, because I cared for my son. When I go to work, I think of Gregory and how he inspired me to become a nurse, I think of him every time I walk into the building where I work. I practically raised Gregory and his three siblings at the clinic where I worked to provide for them as a single parent. I bought a time share, so that I could escape with the children and enjoy time away from the normal routine. Because we had to have structure to survive and be organized, we were team ANDERSON. My most memorable thoughts of my beloved Greg were at the beach. He and all of us absolutely love the ocean, fishing and enjoying God’s creation - the water. After Gregory’s birthday celebration, I drove to the time share and spent 4 days remembering all the most beautiful times we had at the beach. Just reflecting. The sound of the ocean calms my spirit, so I truly feel his presence. I'm grateful and I honor him as my true Hero.

From Jeanne, surviving mother of Todd: It is now 2 ½ years since that early morning alone in the house that I received the news that Todd had been killed. On April 2, there will be a Virginia Run for the Fallen organized by Honor and Remember. The participants including Wounded Warriors will run 8 minute miles from Virginia Beach to Arlington National Cemetery. At each mile there will be a marker for a VA fallen soldier. I will be at Todd's marker to rally on the runners. That place at the side of the road will then be a "special spot" that in some way I share with Todd. There are many others - the woods and park where we enjoyed summer days and of which I painted a painting of a memory when Todd was a little boy. Also baseball parks where Todd enjoyed watching ball games or playing ball. Sometimes seeing these places brings me sorrow and sometime it brings me tremendous joy remembering his zest for life. Recently, Donn and I attended the 2nd annual ROTC Awards Ceremony at Todd's College Alma Mater in order to present the "1LT Todd W. Weaver Military and Scholastic's Excellence Award". It was held in the same auditorium where Todd was sworn into the Army by his father in 2008. It was a shock to me when I realized the building I was entering was that same building. I had to work to keep my composure. But now, it, too, becomes one of those special spots.

From Bob & Kitty, parents of John: Our unforgettable location would be on the Big Island of Hawaii. Christmas of 2002 our son, John, invited us to go with him and his wife to the Volcano House and see the island itself. While we were outside of the Volcano House looking over the cauldron a voice from behind us said "Bob, what are you doing over here?" The voice came from a retired teacher who I worked with in LA. John looked at me and said "My God, do you know everyone?" Almost everywhere we went we met someone we knew from the states. It was and is always fun to amaze your children (even as adults) with who we are and what we know. We laugh about his quote often as it reminds us of the closeness we are to each other. TAPS is awesome.

From Leslie, mother of Eugene: Eugene was stationed at Buckley Air Force base in Aurora, Colorado. I hadn't seen him for quite some time. He was due for leave and invited me to spend his week off in Keystone which is a little over an hour away from the base and far enough that he had to call the Master Chief at specific times during the day due to his security clearance. I picked him up in the rental and off we went...just Gene and me. Couldn't think of a better way of spending his birthday week.... having fun and lots of laughs. He went snowboarding and I stood there with there with hot dogs and hot chocolate which he consumed on the way down. We had great dinners, saw a movie, and went swimming where half the pool was outdoors. We swam while it was snowing!!! After the week was up I had to bring him back to the base. What shocked me was that he unloaded my suitcase and did all my laundry! While that was being done he took me around to not only see where he lived, but to meet some of his new friends. What a fabulous week that was.

From Caryn, surviving mother of Nathan: In my situation, losing both my son and husband within 8 months of each other, I have different spots for each. For my husband it’s anywhere there’s a large body of water. The ocean is my preference, but even a waterfall will do. Now for my son, Nathan, there’s not one special spot. He loved nature and loved to walk, so I feel him with me on long walks especially in the woods. He was really into music and he loved most genres which would have shocked some of his friends who considered him a “hippie” from the past. I now have his iPod and as I listen to his songs. He loved the music for the 60s & 70s, but he also loved classical and there’s some country on there as well. It brings me closer to him just listening to his music. Then there’s the Douglas Fir we planted on his birthday 2 years ago in the National Forest above the natural pools where he swam since he was in the 7th grade. Such a beautiful, serene place that is so Nate – total nature 24/7 and he would have loved it! His friends join with us up there on his birthday each year as we celebrate Nate and release balloons. His tree is growing strong and has grown 2 feet since we planted it. This is a place I can visit any time! So you see, there are more sounds and sights that bring back special memories than specific places (except for the tree). And in this way I can have those special moments and memories anywhere, anytime I choose just by going for a walk in the right place!