This week several survivors wrote to tell about the dreams that they have had. They are so beautifully written that I am going to keep my comments short, so you can enjoy reading them. 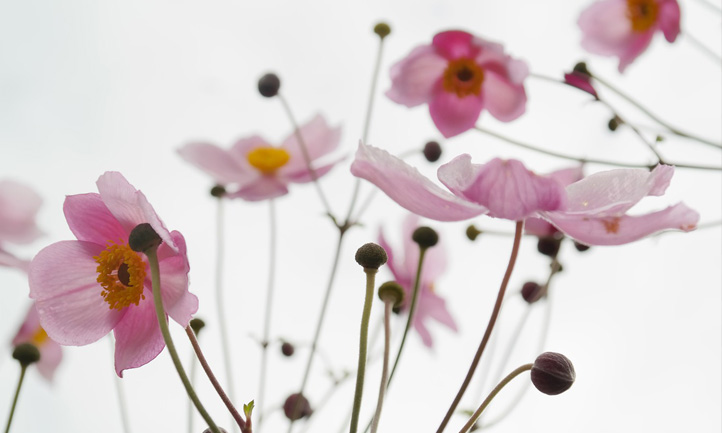 Over the Memorial Day weekend, TAPS will host the National Military Survivor Seminar and Good Grief Camp. There may be some who are reading this message who have registered for the first time or are deciding to go. Next week’s question is designed for those survivors who have been to this seminar to give those who are contemplating this year’s seminar some ideas of what this special event is like. The question for next week is: What part of a TAPS National Seminar affected you personally? I look forward to hearing from you.

From Rosemary, surviving spouse of Troy:

I wanted to share a couple dreams I had when my husband Troy passed away. I believe a week after his death, I couldn't say this out loud, it was just in my head that I wanted to be with my husband, but I had a dream and he told me, "No, you have to stay with the boys and take care of them". This is what my husband said.

In another dream a couple weeks after, I dreamt that my father-in-law and I were driving in the car. My father- in- law was the driver and I was the passenger. The vehicle that we had after my husband passed away broke, and it would cost me more money to have them fix it. For a couple of weeks someone drove me around, so I decided to get a reliable car. I saw my husband. He was jogging or running all in white. Everything was white even his watch was white as well as his shoes and his pants. He went the opposite direction we were going. Then when I looked in the backseat, he was in the car with us and I asked him to go with me to pick the car up and he said he would go with me.

From Leslie, surviving mother of Eugene:

At the beginning, I dreamed this never happened and Gene would call. When I realized that would not happen, I dreamed of his face and dreamed I was being hugged. I would close my eyes and wrap my arms around him. I still think I feel his breath on my neck. I still think I see those dark eyes and devilish smile. There are those times I don't want to wake and face reality. Dreams are far sweeter.

From Jody, surviving mother of Curtis:

It's funny that you ask about dreaming about our loved ones.....mine started about two months ago, just about a year to the day that we lost Curt. They are so, so real. The first that I had, I woke up and he was standing at the side of my bed. He was maybe 5 or 6 years old (I could still remember the pj's that he had on!) and said, "Mommy I don't feel well. Do we have any cough medicine?" It was incredibly real. I got up and looked through the house.....knowing I would find him.

A couple of weeks later, I woke up to find Curt standing by the side of the bed. Actually, the smell of dirt, sweat, and sand woke me before seeing him did. I could smell his dirty camis and when I looked up at him, he said, "Mom, I don't know if I'm going to make it back home or not." This one really freaked me out....It was so, so real. Of course, he had been home after 3 deployments, but he took his own life five years after being discharged due to the PTSD and TBI.  It was strange that I dreamed such different ages of him. Those dreams haunted me, because both seemed that he was telling me that he needed me.

Every day I hear his voice and get a whiff of his cologne. I look twice when I see a black Silverado truck driving down the street to see if it's him. I have sworn that I heard him drive by the house. All of these things are "wishes" that no matter how long I wish these things to happen, I know they never will. I do believe it's a form of communication between him and me. It is amazing how ALL of our senses become aroused when we dream about them....I sleep with his bed pillow every night....I have had to wash the pillow cover, but that pillow goes under my arm each and every night.....I want him to know that I will hold him in my arms forever.....

From Deb, surviving mother of Beth:

The dreams of Beth are fluid, not like an 8 mm film show. The first dream: I was standing at the end of a long white hallway. Everything was white- ceiling, walls, floor, doors- and it was very bright. I started walking down the hallway passing closed doors on each side. As I reached about halfway down the hall, I noticed a door open on the left. When I reached it, I saw Beth standing just inside the doorway. She was dressed in all white- white shirt, white jeans, white sneakers. She said to me, "Hi, Mom. You've come to join us for the banquet celebration." Then she stepped aside. Inside I saw a long white room with four big stainless steel commercial stoves going down the left wall. On the right there was a long banquet table with white tablecloths, white lit candles in shiny silver candle holders, white dishes, very shiny silverware, white napkins, and white chairs. There were two women- one cooking at each of the first two stoves. The first woman was older, gray hair in a bun, wearing a short sleeved white mid-calf dress with a waistline and a white full apron, white stockings and white shoes. When she turned, I was looking at my grandmother who had died in 1975. The woman at the second stove had salt and pepper colored hair and was wearing a long sleeved white shirt, white slacks, and white cloth shoes. When she turned and smiled, I was looking at my mother who had died in 1999. Then Beth stepped back blocking the entrance to the room. She said, "You will join us, Mom. Just....not yet," and then she closed the door. I felt warm and content when I woke up. I felt Beth was trying to send me a message that there is a beyond and that we will be together again. As a family, when we had a party we would cook together. It was nothing to have 2, 3, 4 cooks in one kitchen. I felt she was telling me that the 'family' continues even in the next realm.

From Caryn, surviving mother of Nathan:

About a year after my son, Nate took his own life, I did have a wonderful dream. I walked into what was a very sterile, but nice looking building that was extremely clean and had glass windows everywhere. It was very bright and open and beautiful. There were chairs and couches and a few people walking around, but it seemed pretty quiet and efficiently run. Everything had this "crispness" about it, and everyone seemed to flow or glide as they went about their business. I never saw anyone talking using their mouths, but you could tell there was communication going on.

A nice looking young man came up and asked if I needed some assistance, and somehow I communicated to him that I was looking for my son, Nathan. He said, "He'll be right with you if you just come with me."  I was escorted to a medium sized office type room and waited. Everything was so shiny and crisp, I could smell the flowers and they were wonderful. The colors were more intense than they should be. Then I saw the tall figure walking towards the room and right away I knew it was Nate. He had long hair with a green bandanna on, his favorite color. He came right up to me and said, "Hi Mom" and all I could do was stare at his eyes. All his life everyone talked about his amazing eyes. They were a strange color- greyish blue, but so intense and reassuring. Now they were intense and drew me in. They were beautiful, just like the rest of the place, crisp and amazing! He told me that this was a kind of rest station where you learn to get yourself back together, regroup, and gather strength before you can move on, to relearn and reevaluate. He said he was doing much better but then told me we didn't have much time. Right before I awoke he said, "Mom, Dad's here, too. Hold on and I’ll go get him." For those that don't know, 8 months after my son took his own life, my husband Michael, a Vietnam Vet, had a heart attack and passed away. Let's just say 2011 wasn't very kind to me!

“At that moment I could hear my then 3 yr. old grandson, saying, "Nanna, Nanna, wake up. It’s time to get up." The dream was very real to me and I can say I was talking with my son, Nate, and it gave me so much peace. This has stayed with me every day since, as I await the next visit from one or both of them!