Remembering the light and not the darkness takes a long time to come into our lives after the death of a loved one. If you observe a lighthouse in the late evening, the stream of light comes into your line of vision and then fades away, but it always comes back. That is how the memories of our loved ones’ lives come to us…in waves. Sometimes they make us laugh and other times, they bring tears. Either way, the thoughts of this precious person goes through our minds. Today we have some reflections that survivors wrote to share with you. As you read them, think about your own special person. Ruth shared one of the stories she is writing to create a book about her son for his younger brother. Thank you Bob, Caryn, and Ruth for giving us a glimpse of your loved ones’ lives. Another idea that might be helpful is a TAPS magazine article by Darcie Sims titled “In Search of Joy, Finding Your Way Through the Darkness.” 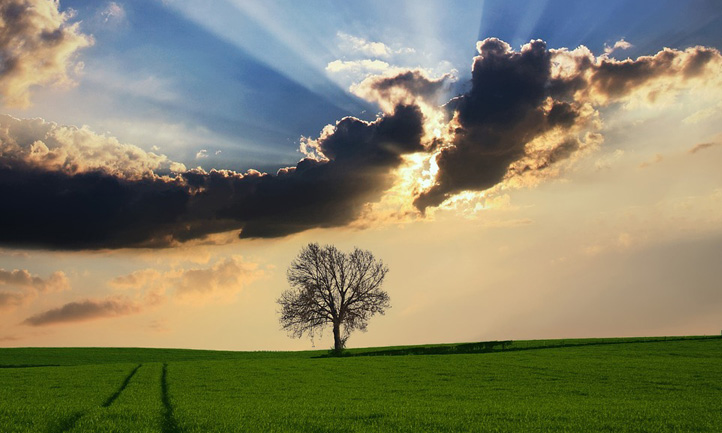 I hope to share some ideas next week about responses you give when someone who is not a survivor asks you, “How are you doing?” We have all had this happen. It will be wonderful to have a collection of answers ready when this question comes up again. If you would like to contact me directly with a reply, email online@taps.org

From Bob, surviving father of John: On one of our trips to Hawaii where our son John was stationed as a medic, John took leave and we went to the big island for some R & R with his wife and him. He was always amazed by the people we knew when we were not in our element, i.e., California. We were visiting the Volcano House and were looking over the cauldron when from behind us came a voice saying, "Bob, what are you doing over here?" The voice was from a retired teacher I had once worked with in the inner city of LA. John turned to me and stated "My God, do you know everybody?" I answered, "Almost everyone!" The look on his face was priceless and one we will never forget.

From Caryn, surviving mother of Nathan: Nathan was discharged earlier than he had expected due to his injuries, so he had to readjust his life's goals. He married and soon had an amazing son. A little over a year later they were expecting a daughter, but in a few months my husband and me were asked to attend this meeting with their doctor.  We had no idea what to expect.

At this meeting, three doctors were in attendance and they shared with us the last results of their ultrasound. It showed that our granddaughter had a condition called "Gastroshisis" which meant that in the womb, her stomach was not closing and not until birth would they know to what extent. We were filled with tons of info and spent the rest of the pregnancy preparing including infant CPR for all 4 of us. Our miracle baby was born Oct. 12th and came home Dec. 24th. Nathan decided to become a stay at home Dad (while his wife worked) and learned every detail of the feeding tube, oxygen if needed, how to balance her can of baby formula, and all her meds. She did go through 4 surgeries before leaving the hospital, too!

Nate was an excellent Dad. He took care of two kids, cleaned house, made all the meals, and handled all of his daughter’s needs and emergencies those first few years. There where quite a few in the beginning. But she surpassed every obstacle the doctors thought she'd have thanks to my son working with her during those early years. That feeding tube they expected through her teen years was out before preschool! Hopefully, the foundation he gave his children will stay with them and come through at just the right times!

From Ruth, surviving mother of James: It was a cool day for the end of August the smell of sawdust from the lumber mill and docks filled the air.  Jim in his blue jacket tugged at the handle of the red wagon that carried his little brother.  I knew he would tire quickly and I would soon pull the wagon and watch Jim make his stops as he went down the street.  Quickly, he would race into McKay’s to pick up a treat from the grocery clerk and then back outside.  In a few blocks we would pass by Why's Grocery Store where all kinds of Chinese food was stocked.  Jim would run in to pet the cat who was usually asleep on top of the produce.  This particular day our destination was the shoe store.   A wonderful place where you could x-ray your feet and be fitted for just the right shoes.  We needed a pair of sturdy shoes for the winter.  Jim wanted cowboy boots, but they were out of the question.   Suddenly, as we passed the Humboldt Tavern, a longshoreman picked up step with us.  He chatted with Jim and soon Jim was showing him the holes in his shoes.  Jim also came up with the wonderful story that his shoes were talking shoes.  Raising one foot towards the man, he flipped the sole back and forth as though the shoe had something to say.

The man laughed! Something we had not seen him do in months. His son, an outstanding athlete for North Bend High School, had been killed in a tragic automobile accident along with his future daughter- in- law.   Jim explained to him that he really wanted cowboy boots but we were too poor, an exaggeration as to our standings.  The man stopped, put his hands in his pocket and said, "You know I was just going in the Humboldt to buy a round of drinks for everyone in there.  I think they can wait until next time."  Jim didn't understand a round of drinks, so he and his new found friend talked about it.  When they were through talking Jim said in his most adult voice, "I believe I could use those boots now... do you know my size?”  The boots were bought and Jim never forgot the kind and gentle man who took time just for him.   I think this is why Jim loved the children in Afghanistan.  He wanted to be the bigger than life man that the children would not forget.