Recently I was asked what Veteran's Day meant to me…

Veteran's Day was created to honor the brave men and women, who have served their country, past and present-a National holiday, pretty straightforward. 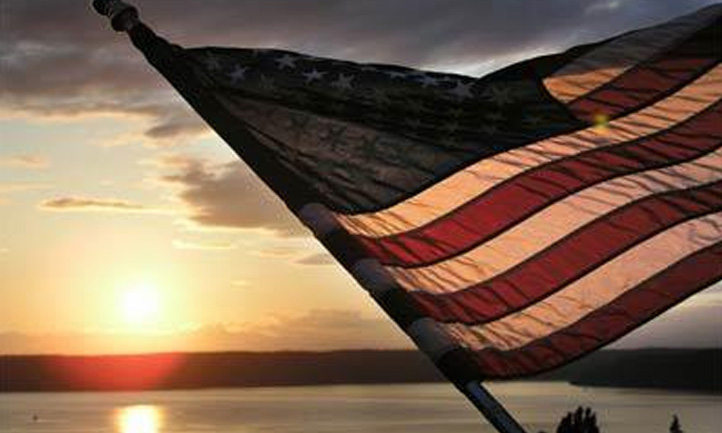 Yet for many, this day offers a different perspective and reality.

For some its having looked death in the eye, stared it down like a lion to its prey and walked away from battle forever changed. Others spilled their crimson blood in foreign lands and sacrificed for those unable or unwilling to protect themselves. Some were never called to battle but they were and are standing at the ready should they be called upon.

It's for the countless thousands who have lost a comrade or two… or five.

This day is about the war-dead, and their fellow soldiers that wish they could have taken their buddies place. It's about the wounded warriors with visible and invisible scars. It's about the ones who have lost their battle with PTSD and took their own life to silence the pain. It's about the silver haired grandpa who wears his colors with pride and the young Marine that wanted to fight alongside his brother's in Desert Storm, but never got the chance.

It's about the Infantryman who destroyed both of his knees before he was halfway to fifty. Who felt the burning shrapnel as it tore through his body to claim the lives of his men. He would go back to war in a heartbeat-not because he doesn't love his wife and children, but because he doesn't know how to live as a civilian. He's the guy who would rather live in the desert than deal with the guilt of making it home when others didn't.

Veteran's Day is about the female soldier that was in my husband's convoy on May 8, 2005.

I've heard the story and I've read the report. She held him… in the middle of an Iraqi dirt road she held him and tried to get him to wake up after the blast. She made sure that he didn't choke on the blood that seemed to be coming from nowhere. When they had to cut his clothes off, she made sure that he was covered to maintain his dignity. She was one of the many who kept yelling his name, "SGT Eckert…Eckert…Andy…wake up…"

She calls me on every holiday and anniversary.

It's about the Combat Medic who resuscitated my soldier twice as they sped to the F.O.B. It's about the LTC that was black-hawked from Tikrit to my soldier's bedside in Balad, where his deployment ultimately ended. He was the last person to touch or speak to him before he took his final breaths. He spoke our names into my husband's ear and told him that we would be taken care of. He watched as SGT Gary "Andy" Eckert, Jr. fought to stay alive. Andy should have died instantly and would have never opened his piercing blue eyes again, but he refused to give up until he was given the reassurance that he needed to let go. Veteran's Day is about the man, the Lieutenant Colonel, that sacrificed a piece of his soul forever to give Andy the peace that he needed to leave this world before any of us were ready.

Veteran's Day-It's about soldiers like him, who left for war and came back with visions that will never leave them…visions that have shaken them to their core and beyond.

It's about the people that have had to experience the reality of seeing your friend in the morning and finding out  that they were killed by an IED or hostile fire just hours later. It's about the young father who didn't see his child born.

"What does Veteran's Day mean to me?" is a loaded question. I'm a war widow. I was-still am-an Army wife. I married young, dove in head first, endured Purple Heart deployments, and loved my betrothed with every ounce of my being. I still do, even in death.

I know soldiers from all walks of life, and my husband isn't the only conflict casualty that I'm familiar with.

My children have grown up without their father.

They were too young for me to even hope that they would have their own memories of him. My son is Andy's carbon copy and has been since birth-same blue eyes, same crooked smile, and the exact same laugh. My daughter is an old soul, because she's had to grow up differently than her adolescent counterparts.

Veteran's Day is about my kids, my little boy-the one who has never once gone outside and thrown around a football with his dad. I would go to the ends of the earth for him, but there are days that having me, just isn't enough for the handsome kid that just wants his Dad. It's about my ten-year old daughter, the little girl that will never know what it's like to sit in the safety of her father's lap and hear him tell her that she's beautiful. But she is beautiful… she's stunning, and Andy soldiers on through her. It's about the innocent victims-the littlest soldiers… the war orphans.

It's about the legacy that has been forged by soldiers from every branch of the military… past and present. It's about those that have sacrificed of themselves in the name of God and Country. Veteran's Day is about those that willingly chose to stand in line and accept the probability of suffering the emotional and physical uncertainty of war. It's about recognizing a breed of men and women that have been fighting for the preservation of freedom since the founding of our country.

The soldiers that I speak about aren't the type that would seek out recognition, but they deserve it.

There are numerous Veteran programs that gladly accept volunteers, but a simple "thank you" would suffice.

This Veteran's Day, make it a point to voice your gratitude…

What does Veteran's Day mean to you?

*Special note: Tiffany's blog originated as a post on Cooper-Smith Advertising. With her permission, we reprinted it for our TAPS readers.