The last Christmas gift I remember from all three of my brothers was a Thomas Kinkade print of a cottage with a lot of bright flowers. That's back in my floral phase which is now, thankfully, past me. I still have that print; I think gifts from Jon won't ever be discarded. I am not a pack rat or a hoarder by any means, but gifts with great sentimental value are definitely in safe keeping.  At first it bothered me that I didn't have anything of my brother's personal effects except a dog tag, which I never wear except on his birthday and death date, mostly because I am terrified of losing it. Then I realized I have gifts from his life all around me. Some are tangible, some are not. 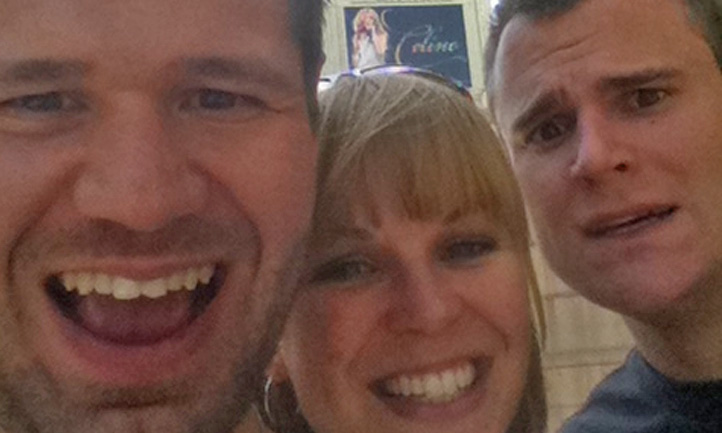 I attended the Las Vegas sibling retreat with TAPS in 2011 and though I had so many different conversations about Jon and other siblings who died while serving in the military the one comment that was made to me and my two surviving brothers that has resonated with me was, "Y'all are so normal." I laugh when I type that comment, because our journey together could be described as anything but normal. I loved that someone could look at the three of us and describe us as normal.  It was evidence to me of how far our healing had come, and also of the newly developed relationship between the three of us.

I have been told, and now strongly believe, that grief will either divide a family or make them closer, especially the loss of a child/sibling. In the very early months following Jon's death, we instituted a weekly mandatory family night. Over dinner we learned to be a family again. It was hard work to get past that feeling that someone was missing, the one you have at holidays when someone can't make it…the feeling that your party isn't complete. We would share a meal together and discuss our lives.  Did I mention that it was hard work? But then again, aren't all relationships? I think because of the sweat, blood and tears forged over family nights we were able to be a surviving family, not the one who drifts apart.

The four of us siblings span 9 years, Jon being the oldest and Joshua the youngest; Benjamin and I sharing the dreaded middle child seat. For years none of us would discuss Jonathan's death amongst each other. The first time we shared a substantive conversation about it was with other bereaved siblings at the TAPS retreat, which is why that comment about being normal was funny to me. I realized that we didn't have to "talk" about it. We shared a traumatic experience and formed a bond that no one could ever understand.  Even other bereaved siblings didn't have our same background, family history or know our Jonathan.  I realized on that retreat that my deceased brother gave me and my surviving brothers a wonderful gift…he brought us a deeper relationship.

We are now able to talk about Jonathan together. We laugh more than we cry these days. He was not closer to one of us than he was to another, but we each had a different dynamic to our relationship with Jonathan and thus a different aspect of who he is to share with each other. His stories never get old. I still grieve over the lost future relationship with Jonathan.  I probably always will with each new life transition, but I will treasure the gift of friendship I now have with Ben & Josh. They are my "little buddies" as Jon used to say. We will always love and miss him together, and I am grateful for that gift.