On November 09, 2008, I drove from Atlanta, GA to Camp Lejeune, NC to pick up my son, Tommy. We were making the long drive to Philadelphia, PA to attend the Marine Corps Birthday at a small corner bar in the heart of South Philadelphia. The bar, Cookies Tavern, was founded by a Marine who served in Vietnam in 1968. The bar is very, very small. It is similar to one found in a lot of eastern cities and is no bigger than a living room in a row house. 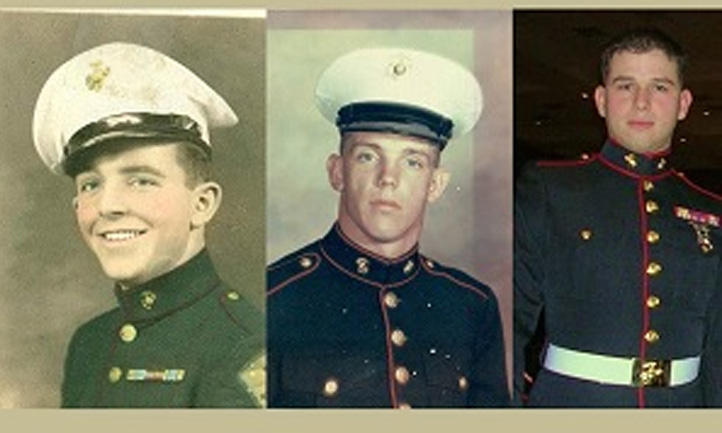 Tommy had returned from his own war Iraq 2006-2007, and had been battling the invisible wounds created by a TBI and PTSD. As the parents and spouses of Marines, and other branches of the military know… the effects of these wounds can be hell for caregivers and family members. Tommy was no different.  He was taking various medications prescribed by the Camp Lejeune Deployment Health Center and attending psychological sessions.

As I recall, he slept most of the way during the drive to our hotel in Delaware where we stopped for the night. The next day, November 10, we continued our journey. We met up with Tommy's brother Mike and a small group of Marine brothers who served in various other wars such as Vietnam, Beirut, and Iraq.

Our first stop was a beer store where we purchased several brands of beer. The next stop was a cemetery where a few of our Marine brothers were resting. At the cemetery we performed a ritual as old as war itself.  As we stopped at each grave, we said a prayer, drank a beer and sang the Marine Corps Hymn.  The first grave we visited was a Marine, LCP McGrath, who was 19 when he was killed in action during the Battle of Hue City in 1968. He had been wounded earlier and jumped a hospital ship to return to his unit 1/5. The second Marine, PFC McHugh, was 20 when he was killed in action two days before his 21st birthday. The third Marine, CPL Mullen, was killed in action in 1969.

As we performed this ritual, I kept an eye on Tommy.  He perked up and joined in to honor these Marines. You see these were the same Marines Tommy, Mike, and I have been visiting since the boys were old enough to understand the meaning of Veterans Day. We all understood these Marines gave their lives for their country. Nobody wants to die in a war, but someone always does.

We finally made it to Cookies Tavern - a place where Marine citations of bravery and service line the walls.  Marines from Korea, Vietnam, Iraq, Afghanistan, and a few from WWII, as well as peacetime Marines were packed inside the bar.  Outside there were at least several hundred brothers under a tent drinking beer, telling war stories, and expressing how they missed their time in the Marines. The Marine Corps Birthday celebration goes from 12 noon to the early hours. Tommy was smiling, laughing and standing against a wall with his brother Mike, as well as his other brothers.  It was enough to bring a smile to this old Marine.

Tommy died of his invisible wounds on May 10, 2010 but he is always with us, especially every Marine Corps Birthday. I will always see him standing against the wall at Cookies Tavern, just being a Marine and smiling. Happy Birthday Marine and Semper Fi!