Three weeks after my husband’s accident my oldest son started kindergarten. Now my youngest is in kindergarten and it is a hard sting for me, not because my little buddy isn’t home with me during the day anymore, but because it is the harsh reality of how much time has gone by that Jeff has not been a part of. 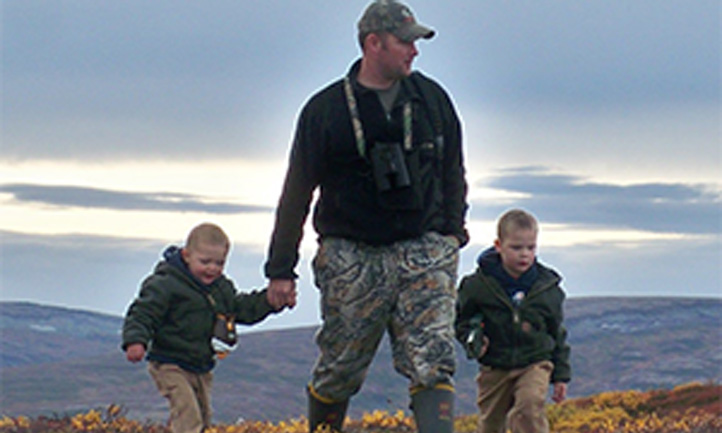 I often get asked the question, “How are the boys?” How do you really answer that? Do I even really know how they’re doing? I almost feel guilty saying they’re “good” or “fine”. I know that they miss their Dad but they also seem to be thriving and doing well. I have noticed that as time goes on, their understanding of death changes and as a result, their grieving also changes. It took 18 months for my youngest son (who turned 3 just a few days before Jeff died) to realize that Daddy isn’t coming back and it wasn't until then that he really started to process it all.

People often seem to think that when you lose someone like we have, you take some time to grieve and then you’re good. You’re just over it. Well, reality doesn’t work like that…and that’s ok. For my kids especially, I have realized that their grief is going to be an ever-evolving process. They will never “get over” the fact that Daddy isn’t here anymore. He will always be a missing part of their lives and as they age and get older, that missing piece will change too. At first it might be missing someone to wrestle with or take them 4-wheeling or fishing. Later on it might be needing Dad to teach them how to shave or give them “the talk”. I foresee it continuing into adulthood too when Dad is supposed to be one of your best friends and the guy you go to for advice about things going on in your life –fixing the car, repairing the house, getting married, etc. It breaks my heart knowing that they aren’t going to have Jeff in that capacity. I can do what I can and I hope that I continue to have a close relationship with my boys, but ultimately when it comes down to it, I’m not Dad.

I look at pictures of the boys with Jeff before he died and they all look so happy…and so young. Jeff couldn’t wait until the boys were just a little bit older and he could take them on all of his fun adventures! 4-wheeling, snowmachining, hunting, fishing, hiking, and anything else he could possibly think of! That was the kind of father he was and those were the things that he could wait to do with them!

This past New Year’s weekend the boys and I went snowmachining with four other families. My boys used to always ride with someone else but now they each have their own mini machines to play with. Late in the day on the first day of this trip, all of the guys decided to go for a quick ride and wanted to take the boys along. I went outside to help get them set up and ready to go. I watched as everyone lined up their machines, my two boys on the end, before heading out onthe trail. As I stood there watching them, a flood of emotion came over me and I just couldn’t stop the tears.

Tears because this is what Jeff had been waiting for! Tears because these are the things that Jeff should be here for and he would have been ecstatic about taking them on their first ride. Tears because he was missing out on yet another memorable moment. On the other hand, there were also tears because I am so thankful that we have such amazing people in our lives who are willing to take my boys in outings like this. Tears of gratitude that your friends also want to continue Jeff’s legacy and they want to take the time to teach the boys about all these things that Jeff loved so much.

Now all of this being said, yes my boys will always miss their Dad, but that doesn’t mean they are “doomed” to live sad and depressing lives either. I have tried my hardest to show them that it is ok to be sad and to miss him, but it’s also ok to be happy and to continue moving forward doing the things that we, and especially HE, loved to do! I am so thankful that they understand this and want to press forward in away that I think Jeff would be proud of. I am also extremely thankful for the people in our lives who continue to help us along the way, especially those that give them the “man time” that they so desperately need.