Growing up I often heard the stories of Jim and Elisabeth Elliot, Christian missionaries to the Huaorani tribe, an unreached people group in Ecuador. The Elliots and other friends, including a man named Nate Saint, had begun to reach out to the Huaorani tribe by dropping gifts from an airplane.  The day they attempted a face to face meeting, some members of the tribe killed the group of men. I found Rachel Saint's story the most compelling after watching the movie that details the experience, End of the Spear. Rachel along with Elisabeth Elliot continued to reach out to the people who had killed her brother and no less than 3 years later she moved into the village that was home to the man who led the massacre. Her nephew, Nate's son, eventually joined her and considers that man now to be a grandfather to his children. Confused? Yes, I expect so. 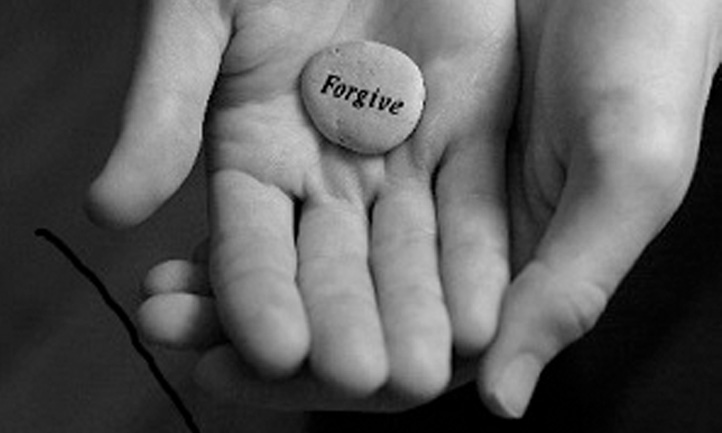 Often I pondered about Rachel…what amazing bravery to look the killer of her brother in the eye daily, and not just look him in the eye but to serve him with kindness with no intent to do him harm in return. Forgiveness is a tough road sometimes because even if you forgive, the hurt is still there. I won't ever be given the opportunity to find out if I have it in me to do what Rachel Saint did; my brother's killer is now dead as well. Many would consider that poetic justice, but I am saddened a little that he died carrying the burden of many murders and also denying me the opportunity to look him in the eye and tell him his act has no control in my heart.

Yes, Jonathan was killed in "war", but the man who pulled that trigger was the aggressor, a known terrorist, and he killed a man who had his back to him. I consider that to be murder.  I often wondered what it would have been like to sit in a court room and look into the face of that man if the situation had been any different. Would I have been able to forgive had I seen his face, put a person to the crime? God didn't give me the opportunity to face that man…maybe for a good reason, so I won't ever truly know. But that's the beauty of the grace I am given daily.  I don't have to face the what-ifs in the world; I only have to face the situations I am given.

Does forgiveness mean that I believe Jonathan's life wasn't stolen prematurely or that the murderer is no longer guilty of a crime? By no means.  It simply means I am not going to give my heart to bitterness and rage which would give control of my heart to the murderer.  I am releasing those things in my heart, choosing to give my heart to joy and happiness. Jonathan is in heaven, so the life this man thought he was eliminating is living on.  I can't be mad about that. I have confidence I will also be there with him one day, and I take joy in that as well. I chose not to let the murderer have a place in my life anymore and forgiveness enables me to do that. In fact, today is the first of a few isolated days when I have given him a thought at all. Forgiveness can be a difficult thing to even understand.  I am not declaring his act fair or acceptable. It is unjust, period.  Forgiveness is simply choosing to not allow his act to have control over my life and the condition of my own heart, less I become the monster I hated in him.