Private Kevin Elliott, 3rd Battalion, The Black Watch, Royal Regiment of Scotland. That's how the Army knew my son; it's not how I knew him. 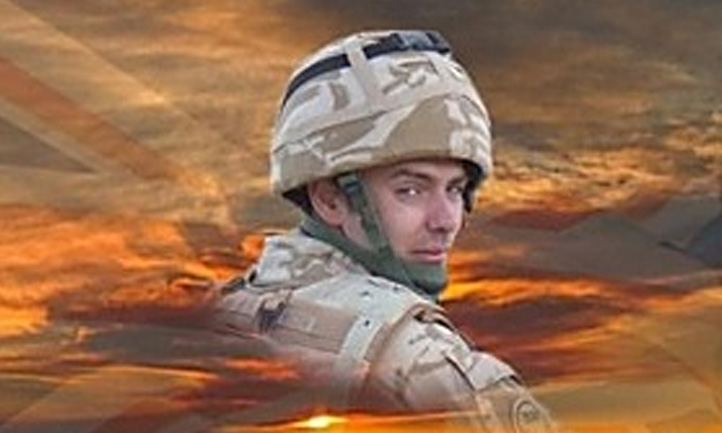 My son Kevin joined the army in 2002. He served in Northern Ireland and Iraq, and finally in Afghanistan where he died on 31st August 2009. He was 24 years old.

Kevin was due to leave the army in March 2009. He had passed his medical and was ready for civvy (civilian) life. At the last moment, he decided to stay. When asked, "Why?" Kevin answered that he couldn't let the guys go to Afghanistan without him. So Kevin went to Afghanistan, but didn't return.

That's when my nightmare started…From the moment I heard Kevin had died I questioned myself. Why didn't I try to convince him not to go? Why couldn't I protect my son?

Those questions and many more went around my head for months.

We went to Royal Air Force Station Lyneham for his repatriation…That's yet another awful day in a long journey - to know the flight coming in had your son on it, but you can't see him or hold him ever again.  He was in the flag-draped box his comrades carried off the plane and marched to the hearse.

On the 15th September 2009 was his funeral - our chance to say goodbye. It was a military funeral, which was Kevin's right - a soldier who gave his life for his country.

At the funeral, Kevin's humor came to the fore as his mate turned up in a lime green dress and orange stockings. They had made a promise if one of them was to die the other had to attend the graveside in a dress.  His mate kept his promise, and the funny guy Kevin came back to us in the most spectacular way. Kevin wasn't perfect, and as a dad I wasn't perfect, but we loved each other and that's what mattered.

It's been a long hard journey from that day to this. I realize it's a journey that will never end.

No one can replace my oldest child. No one can fill the hole in my heart. No one can bring Kevin back to me or our family. Kevin will never be forgotten.

I have learnt throughout this journey that no one except another grieving military family can understand how I feel.  It's a different grief...It's one that can only be shared among other families who have lost their son or daughter in the military. I have been lucky to have the support of many families here in the UK, and in October I realized the journey we are facing here is the same journey families in the U.S. are facing. Having met a few families from TAPS, I have made lifelong friends to travel this journey with. I'm not alone and neither are our loved ones.