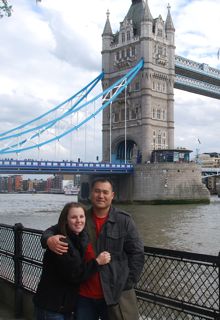 January 4th 2011 was the last day I ever saw Ko. It wasn’t the last time we talked, but it was the last time he hugged and kissed me. I remember him holding me in the lobby of my apartment building and whispering in my ear “You know I’ll be back, right?” He didn’t come back.

As I learn to carry on without him here physically, I’m constantly presented with new challenges and hurdles. Most recently, the challenge has been acclimating and adapting to life in a new city. This past October I moved to Omaha, Nebraska after accepting a job. I’ve managed to reconnect with an old friend from college that lives in the area, but for the most part, I’m on my own. In a lot of ways, it’s terrifying. I always thought Ko would bemy partner in crime, and we’d tackle new places and new adventures together.

I’ve managed to meet new people and keep myself busy. I’m truly grateful for these new friends, but since the accident, I’ve found that I struggle to relate to others, especially people my age. Often, our versions of life and life’s problems don’t mesh. This isn’t to say I can’t be friends with people that don’t understand what I’m going through, but I have to constantly remind myself that most people have never been through anything similar and can’t grasp the extent of my hurt.

I’ve also struggled with how to tell new friends about Ko and the accident. I don’t want anyone to look at me with pity and I don’t want to scare anyone away, but I also want to talk about him freely and openly.  It’s always that initial conversation in which I explain the situation that makes me uneasy. I never know how people are goingto react.

Thus, I’ve decided one of my New Year’s Resolutions is to tackle these hurdles as best I can and make the most of what this new city has to offer. Yes, I get sad when I walk through my apartment door at the end of the day and Ko’s not there. Yes, I get lonely when I curl up on the couch and watch TV and he isn’t next to me. However, I don’t want the hurt and sadness in my life to hold me back or define me, and I know that Ko would encourage me to make the most of this new opportunity.  He never let tough times in life get him down or stop him from living life to its fullest. He moved around a great deal while in the Army, and he was always up for an adventure. He never let the unknown of a new place or feelings of loneliness stand in his way. This year, I vow to be more like Ko and embrace each opportunity that comes my way. Bring on 2013!