July 28, 2013 = 3 years.  How has it been that long?  Three years?  If it has really been three years, then why is it when I close my eyes I can still feel his arms around me and hear his voice?  Sometimes when I close my eyes really tight…I can even see the light in his eyes still reflecting that no matter what happens, everything really is going to be alright. 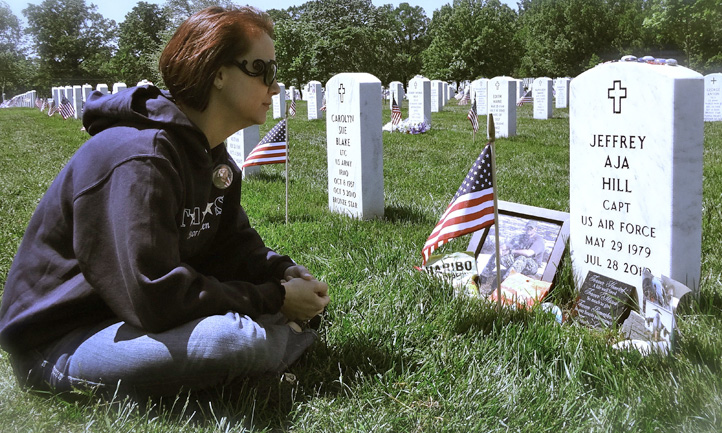 Three years has gone by and I have realized that a new woman is starting to emerge.  I am not the same person I was when I sent Jeff to work at 9:00 AM on July 28, 2010.  Then, I was a woman with a beautiful family and a husband who loved me more than anything this world could offer.  I was full of pride for all that we had overcome to get to where we were, and full of hope for a lifetime of happy memories together.  I was a woman oblivious to the hardships that life could provide and had no idea where my life was about to lead.

After three years of widowhood, who am I now?  I am a woman whose worst nightmare came true and was thrown on a life journey that I never wanted to be on.  A woman who could never have imagined life without the person who gave me everything - his friendship, his support, children, adventure, and most importantly, love.  With all of that, I am also a woman who despite this traumatic life event, continues to stand.  I am a woman that will continue to fight and live my life to the fullest extent possible.  A woman who has had to look deep inside for strength, independence, perseverance, and even faith.

Year one was about survival.  It was simply doing what I had to do to get through.  Year two was about acceptance.  That was the time I realized this really is the rest of my life…a life without my husband.  Year three has been about self discovery.  As much as I don't want to, I know now that I can do this.  It isn't easy and there are many times I have questioned myself in my new roles as single mom and military widow, but ultimately, I can do it.    Just this past year I have survived putting my youngest child in kindergarten, made it through our first full hockey season, learned to load 4-wheelers and hooked up my own trailer, ran a half marathon, worked on growing the scholarship fund we started in my husband's name, and even started back to school for my second master's degree.  I have also traveled all over the United States with my boys climbing mountains, riding on speed boats, attending sporting events, going to theme parks, and even surviving insane traffic while driving up and down the California coastline.  It has been another year of many firsts, and many thoughts of, "Wow, I actually did that?!"  Yes, I did…and I know now that I can!

Our life experiences are what shape us into the people we become… the good experiences as well as the bad.  We can always play the "shoulda, woulda, coulda" game, but in the end, where does that really get us?  I am who I am because I had Jeff in my life.  I am also who I am because he died, and because of the things I have learned while maneuvering down this path.  I often say that I would never have been able to get through these times without Jeff's influence in my life, and I mean that with all of my heart.  He helped me become the woman I am today, while he was alive and after he died. I wouldn't trade my time with him for anything…even considering the constant ache I now have in my heart.  He taught me how to do this.  He taught me how to live.  His life influenced mine in ways nobody else could ever understand, and I will be eternally grateful for that.  I will always be grateful for him!