In my first entry I mentioned that I labeled the cause of death as Medicinally Induced. I want to take this time to explain what exactly that means to me and how it differs from the suicide label that our loved ones are so quickly given as the immediate cause of death. 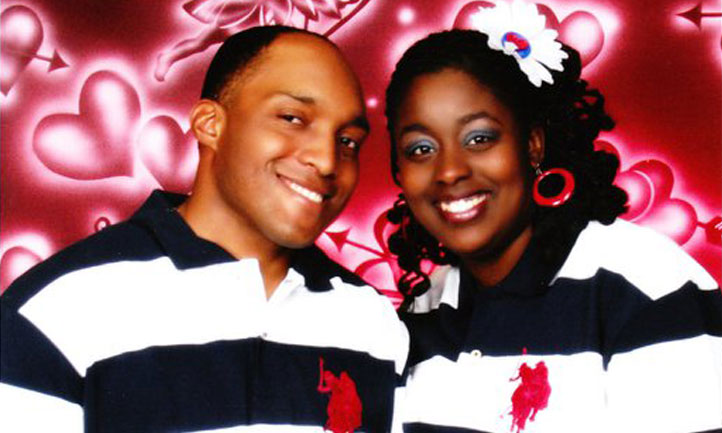 My husband was more than just SSG Andre Booker, he was Dre, the love of my life. We, like so many others had our ups and our downs, but we made our marriage work perfectly for us. We never gave up, we never stop fighting to make the best better. At night we went to bed with a kiss and hug good night, never with anger or hatred in our hearts. We laughed together, we cried, we grew and blossomed all at the same time together. Dre and I were both came from prior marriages with children and so we knew that the odds were slightly against us to make things work and to have an outstanding marriage. We were together for a total of 7 years and married for 6 (3 months shy of the 6 year anniversary) before his passing, so I would like to think that I knew my husband pretty well…even after his PTSD diagnosis.

Speaking of PTSD…so he was diagnosed with PTSD in December of 2010 and like the great wife he always made sure to tell me I was (I still have the last text to prove it), I attended every single one of his mental health appointments and all his doctor appointments, to make sure I was clear on his diagnosis and to make sure that any questions being asked were in return being answered (from both himself and the doctors). On the 17th of August, we attended one of his appointments and discussed behavioral changes with his doctor, and upon leaving was given new medicines to take and told to stop taking some others, and also had some dosages increased on meds as well. He was told to start the changes the following day. Like the awesome Soldier he was, he listened and took his meds as told the next day.

On Thursday the 18thof August, my love woke up took his meds and began his day. We attended an FRG function to say goodbye to his Captain, he joked around with some buddies, and asked about the “word” of the day for Friday. We went home, he took a nap (nothing new there), he awoke from his nap and we watched the football game together, some TMI, and then he took his nightly meds (including the new meds), rolled over gave me a kiss goodnight. The last words I heard from my husband were I love you after he kissed me goodnight for the very last time.

I woke up Friday morning to find my husband was no longer physically with me. I knew instantly what had happened…he was killed by the hands of medicine. Yes, his hands were on the trigger, but not because he wanted them to be, but because the medicine wanted his hands to be. My husband had bad dreams (often) and he was always able to wake up from them and tell me what happened in the dreams. Unfortunately for him, his friends, his family, and me, he was unable to awake from those dreams this time. Suicide was not and has never been an option for him. Don’t get me wrong we have had our talks about it, because I was worried where his mind was if he was dreams about it, but he and his doctors assured me that as long as it was in his dreams and he had his mind set on living that it was not that big ofa concern. I wish I would have spoken up then, and said something. Dre used to tell me that I was his rock and that the children and I were his reasons for living…we made the next day worth striving for in his eyes.

After his passing (I hate saying death it’s so dark. At least with passing I know that he is still livingaround me and resides within my heart always), I finally received the investigation report and it stated that the meds he was on were system depressors and hallucinogenics, a very bad/deadly combination for someone with his caliber of PTSD, Depression, and apparently Psychosis (didn’t find this out till the investigation report). I truly believe that his death was not a suicide but indeed a Medicinally Induced Death. I would rather have that on his death certificate instead of Suicide, because in my eyes and according to that investigation, it wasn’t really his fault, the medicine played a part and an apparent lack of proper medical care.