I remember many years ago, when that sing-song sentiment ushered in Memorial Day Weekend each year. Ahhh… the start of summer!  Late nights splashing in backyard pools, slurping watermelon, and chasing lightning bugs, followed by lazy mornings spent sleeping in. Memorial Day meant a parade of flag-waving politicians and patriotic band kids, marching from downtown all the way to the cemetery. Some guy in uniform would speak about death and comrades, never forgetting, and freedom for all. Seven guns, three shots, a bugle played.  And then I’d return to the backyard barbecue. 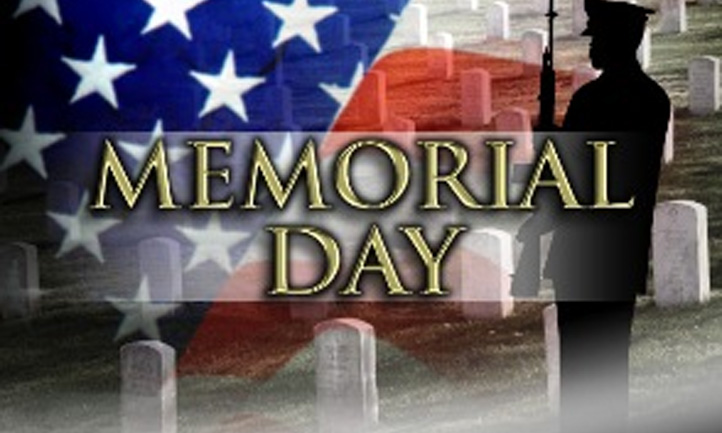 But that was before MSG Michael T. Hiester died.

Memorial Day no longer ushers in anything more than my official right to grieve the loss of my brother. On Memorial Day, peopleexpect me to be sad, and they’re okay with that. They’re not uncomfortable when my tears roll, and I don’t care if they think I should be “over” it. I do what I want on Memorial Day now, and it has nothing to do with what’s on the table or who’s in the pool. I remember, I show respect… and I mourn.

As teens, my brother and I actually were band kids who played the National Anthem each year; and truth be told, our family probably attended all those annual parades for that reason only. Our band director expected us to be there, so we were. Memorial Day was more about hustling through the obligatory parade so that we could enjoy the sunshine, and less about honoring men and women we had never met.

But this year, we’ll do exactly as we’ve done annually since that land mine cost us everything seven years ago. I don’t need to discuss it with my family, or call to make plans with anyone. I just know that we will all meet ten minutes before the start of the first ceremony. We’ll stand in unison in a misshapen semi-circle around the flag pole with other mourners, speaking only in hushed whispers.

I’ll take note that the onlookers are fewer, the participants older. The commemorative plastic wreath will still be pathetically inadequate, and the microphone will emit more static than commentary. We’ll listen to the same service we’ve heard each year, and then the seven aging members of the American Legion Post will shuffle across the uneven ground, take aim, and fire. My hand will be on my heart, if for no other reason than to keep it from pounding out of my chest. Taps will echo its haunting strains across the cemetery. Then we’ll walk together to his grave. Afterward, it’s a low-key, fast-food breakfast, followed by a second service at the local Veteran’s park.

It’s a boring morning for my children, I’m sure. My youngest struggles to stand still, and my oldest might rather be texting, but I’m determined that they will understand the price of freedom. It’s not just about their uncle. It’s aboutevery service member who has gone before or since.  Especially those we’ve never met.