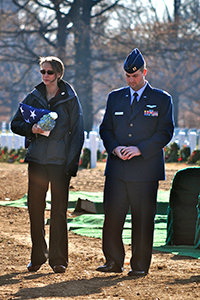 I don’t normally write about my faithin my blog but something hit me recently that I just have to share.

This past month my boys and I went to visit some friends out of state. Not just any friends, but my FLO (Family Liaison Officer) and his wife who we have become extremely close with since my husband’s death 27 months ago. I had known Daniel for many years before hebecame my FLO and he had worked very closely with my husband Jeff on numerous occasions, but it wasn’t until he was thrown into this position that his influence became apparent.

When assigning a FLO the Air Force wants someone that is not emotionally connected…a requirement that I am so thankful was overlooked in my case. I knew Daniel, Daniel and Jeff were good friends, and to this day I can’t think of a better person I could have had as my FLO. He took this job seriously and went above and beyond to make sure everything I needed was being taken care of. He was official when he needed to be, a friend when I needed one, and gave me spiritual guidance when I needed that. He was the whole package and I cannot say it enough, I absolutely couldnot have gotten through this without him!

Now that you know a little about my FLO Daniel let me move on to my faith.  I hate the cliché when people say it to me, but I honestly do believe that everything happens for a reason and that God has the ultimate plan. I’m not really a big fan of the plan at this moment in time, but I do believe that He has one with our best intentions in mind. There has to be a reason to this madness. In my heart I believe that Jeff is wherever he is, doing whatever he is doing, and that his job there is more important than the job he was doing here. This belief is often times what gets me through the day. The belief that his death wasn’t in vain and that ultimately there is a purpose. There has to be a purpose. Otherwise what’s the point of anything we do here?

About 6 months before Jeff died I started having thoughts that something was going to happen to him, and a few of my friends can even attest to this as I shared these feelings with them. I tried extremely hard to push these thoughts aside but they persisted. As a result, Jeff and I had conversations that people don’t normally have. We shared thoughts and feelings that you don’t normally share and because of this, when he died I had no regrets and very few questions about his thoughts and opinions. I knew his thoughts about me dating again if something happened to him (yes, that was one of the topics we talked about). I knew his feelings about dying in a plane crash, which ironically is how he died. I told him that I would buy a new car, which I did. And most important of all, he knew how much I loved and appreciated him. He knew because I told him!! When I heard the news on July 28th that their plane had gone down, in a sense I wasn’t surprised. I had been prepared for this. God had prepared me for this.

Now back to my visit with Daniel and his family. While at their house late one night we began a conversation about faith and they asked me where I was in my walk with God. I told them that I very strongly believe in the bigger picture that everything happens for a purpose, but that I am having a difficult time with the smaller things regarding my faith. For example, the idea that God loves us, all of us, with everything He is. My response to that is, “if He loves me so much, how could he put me through this?” That just doesn’t seem right! If He loves me, he should want to protect me…not hurt me!

As I explained this, they nodded in understanding and then asked if I had heard Daniel’s story. When I said no he immediately started to share. About a year before Jeff’s accident Daniel had a moment where he realized he needed to work through some personal struggles in his life. While working through this there were other things that came up and more difficulties that needed to be addressed. Then on the night of the accident the squadron asked his opinion as to who my FLO should be, because he and his wife knew both Jeff and I personally. When nobody really came to mind his wife said, “Daniel, you should do it.” Knowing that it would be an extremely difficult job on top of the fact that he had just lost a good friend, there was no hesitation as he stepped up to task.

At the end of the story he explained how before the events of that year unfolded, he would not have been able to step into the role of a FLO, let alone my FLO. God was preparing his heart to be able to be there for me during my time of need. I was completely taken back by this and started to cry. At that moment my heart was so full of love as I realized God’s love for me. It was no longer a feeling that if He loves me he wouldn’t put me through this. It was then believing that because God loves me, He had not only prepared me for Jeff’s death, but He had also prepared the people around me so that they could be there for me in a way that He knew I would need. Now that is amazing!

I don’t share this story with you to tell you what to believe. Just as grief is a journey, faith is a journey and there are always going to be bumps and turns along the way. It has taken me a long time to find this peace in my heart. It hasn’t been an easy road to this point and I know that it is not going to be smooth sailing from here either. However, with this I do feel a renewed sense of hope for the future, contentment in the present, as well as pride for my past.