"The moment a child is born, the mother is also born. She never existed before. The woman existed, but the mother, never. A mother is something absolutely new." ~Rajneesh

Only sadness has consumed my life more than the word WHY. 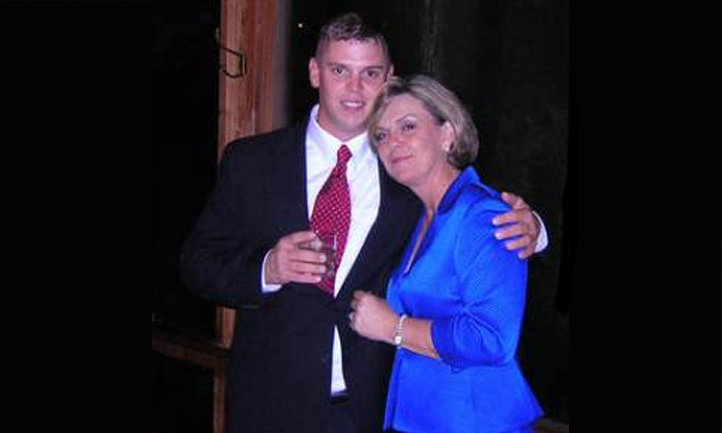 I came into this world a “daughter.” My father died at 39 years old. I was 12. I thought my world had come to an end. Surely there was no greater pain that could be suffered than to lose your parent. But life continued, I weathered the storm, and over the next decade became the “woman.”

On July 14, 1976, I was blessed with my first born, William Austin Daniel.  This was the beginning of the purest, most unconditional love I would ever know - the bond between mother and child.  After the horrible pain I suffered as a young girl, God blessed me with the greatest gift a woman can receive – the “mother” was born.

On September 11, 2001, again my world came crashing down. I had been lulled into a sense of safety by a wonderful marriage and the greatest blessing of my life, my sons Austin and Randy.  However, the moment I saw pictures of the first plane crashing into the World Trade Center, instinct told the “mother’ her world was about to be rocked once again. My instinct was correct   My younger son Randy was deployed to Al Kut, Iraq with the 3-23, Weapons Company, USMC.   I’d never prayed so hard in my life as I did during that 9 month deployment. But the “mother” was spared.  Her boy returned home, safe and sound.

A year later, again my world came crashing down. This time it was Austin who was deployed to Camp Victory, Baghdad, with the 2-156th Infantry Brigade. Once again, fear controlled my very existence. Each day Austin ran patrols in Baghdad was torture. I constantly watched the computer to see if he had returned safely from patrol. I received pictures of Bradleys ripped apart by roadside bombs, even on Christmas day. One morning as I ate breakfast and we casually chatted on the telephone, I heard mortars coming into Camp Victory. Sleep eluded me each night, my mind and body in a constant state of alert. But once again the “mother’ was spared. Austin returned home safe and sound.

Finally, I could breathe . . . life returned to normal. Austin took a job with the Louisiana National Guard AGR in Breaux Bridge and Randy began his career in the restaurant industry. There were two lovely weddings, and I was blessed with two beautiful grandchildren. While the hearts of so many other families had been ripped apart by devastating losses, my precious boys had survived their deployments and were safe – or so I thought.

In November, 2008, once again fear dominated my life. My family had survived bullets and IEDs.  But little did I know the burn pits had done their damage.  Austin was diagnosed with Hodgkin’s Disease. My God, cancer! How could this happen?

After a courageous fight, Austin lost his battle with cancer. On September 7, 2009, lying in a hospital bed, Austin turned to me and asked, “Mom, what’s happening to me?”  Those were his last words.  I was stunned. Suddenly my worst nightmare had come true.  My child was dead.   33 years old, SSG William Austin Daniel was laid to rest with full military honors on September 11, 2009.  That was two days after my birthday, and eight years to the day the “mother” instinct told me my world was going to crash around me.

On that dismal day in September, part of the “mother” was also laid to rest.  2 years and 8 months have passed. It seems just yesterday Austin was with us, yet it’s been decades he has been gone.  I continue to expect him to bounce through the back door with his precious two year old on his shoulders. There’s not a day that goes by without tears.  Sleep is a thing of the past.  The shower is a wonderful place to cry. I scream in my car and take my anger out on my steering wheel.  I’m so very grateful to have our precious Anna Lee. She’s four years old now. But some days it breaks my heart just to see her. She looks so much like Austin. And to know Austin will not see his little girl grow into womanhood, will not walk her down the aisle – these thoughts break my heart, the same with Anna Lee with no Daddy. I know first hand how that feels.  It’s as if my gut has been viciously ripped from my body. The pain runs so very deep, some days I feel like my heart will explode. When my mind wanders back to that day in the ICU, my son uttering his final words, looking to his Mom for an explanation, I do not understand why I could not fix it?  How could I let my precious child down? Mothers are supposed to be able to fix everything.

I try to count my blessings. I know I’m one of the lucky ones. Austin has a child. He didn’t die on the other side of the world alone. I brought my baby into this world, and God allowed me to send him out. I was cursed to witness his death, and yet I was blessed to be with Austin when he died. I've come to realize I’ll cry a little every day the rest of my life, and my heart will hurt forever. It’s simply not right that a mother should bury her child.  But I know I do have a purpose in life, to keep my son’s memory alive for his Anna Lee.

And as to the question WHY, I’ve finally come up with an answer... there’s no explanation that would ever make sense. It’s simply… because.