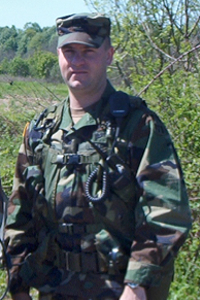 I have always loved the ocean.  I love the mysterious life that teems below her surface and the sandy beaches she hugs.  I crave the sunshine that never strays too far from her expanse.  I am intrigued by the abrupt changes in her direction and the intensity with which she approaches the shoreline.  Sometimes she drifts in with an unexpected tranquility, carrying with her all sorts of treasures to be discovered.  And sometimes she lumbers in, hulkish meaty arms outstretched, with such a frightening, crashing rage.  As though she’s out to punish the world.

My grief is a lot like the great Atlantic.  Far too vast to see the other side and much too deep to traverse on my own.  Every day, I rise with the sun and meander along her shore, muddling through my thoughts as my feet shuffle forward.  And sometimes I run.  But not for very long.  Sometimes the sadness washes in gently, barely reaching my toes, softly lapping at the shores of my hurt.  Other times, the despair comes crashing in waves taller than myself, knocking me down and nearly drowning me in the process.

For weeks after Michael died, my brain shuttered continually through a fictional PowerPoint presentation I was powerless to stop.  I was drowning, clinging to nothing but debris, scattered memories of what would never be again.  Images of what might have happened to him, what I didn’t want to imagine.  It was as though my heart had to connect every potential dot before it could rest.  I was flailing in that ocean of unknowns, the anchor dragging me further and further out.

Eventually, I learned to just keep moving, to keep treading water.  If I could keep my head up and focus on breathing, I found that the despair would dissipate just a little and would, if given enough time, push me toward the shoreline… toward home… toward comfort.  Grief, like the waves, has a way of healing us, of returning us to dry land.  It may be further down the coast than we had wanted to travel, but waves always wash inland.  If you let them.

Every day, the sun rises and sheds a new light on the pain.  Some days, it’s fraught with white caps that would drive any seasoned captain ashore, and other times, there is an eerie calm that warns of an approaching storm.  Just below the surface, the despair is rumbling, ready to erupt with the slightest shift of the moon.  The undertow threatens to suck me in.   Putting one proverbial foot in front of the other, I stutter step my way through the pain, splashing through the guilt.  Wondering where the next sludge pit of despair will suck me in.

As time has passed and seasons changed, I’ve learned to expect the tides, to accept that they shift daily and are impacted by factors beyond my control.  I’ve learned to enjoy the sunrise each day and that it’s ok to sometimes turn my back on the angry waves in order to take in the occasional glorious sunset on the opposite coast.  The grief is still there, the sadness still lapping at my heart.   Like the Atlantic.  Always.